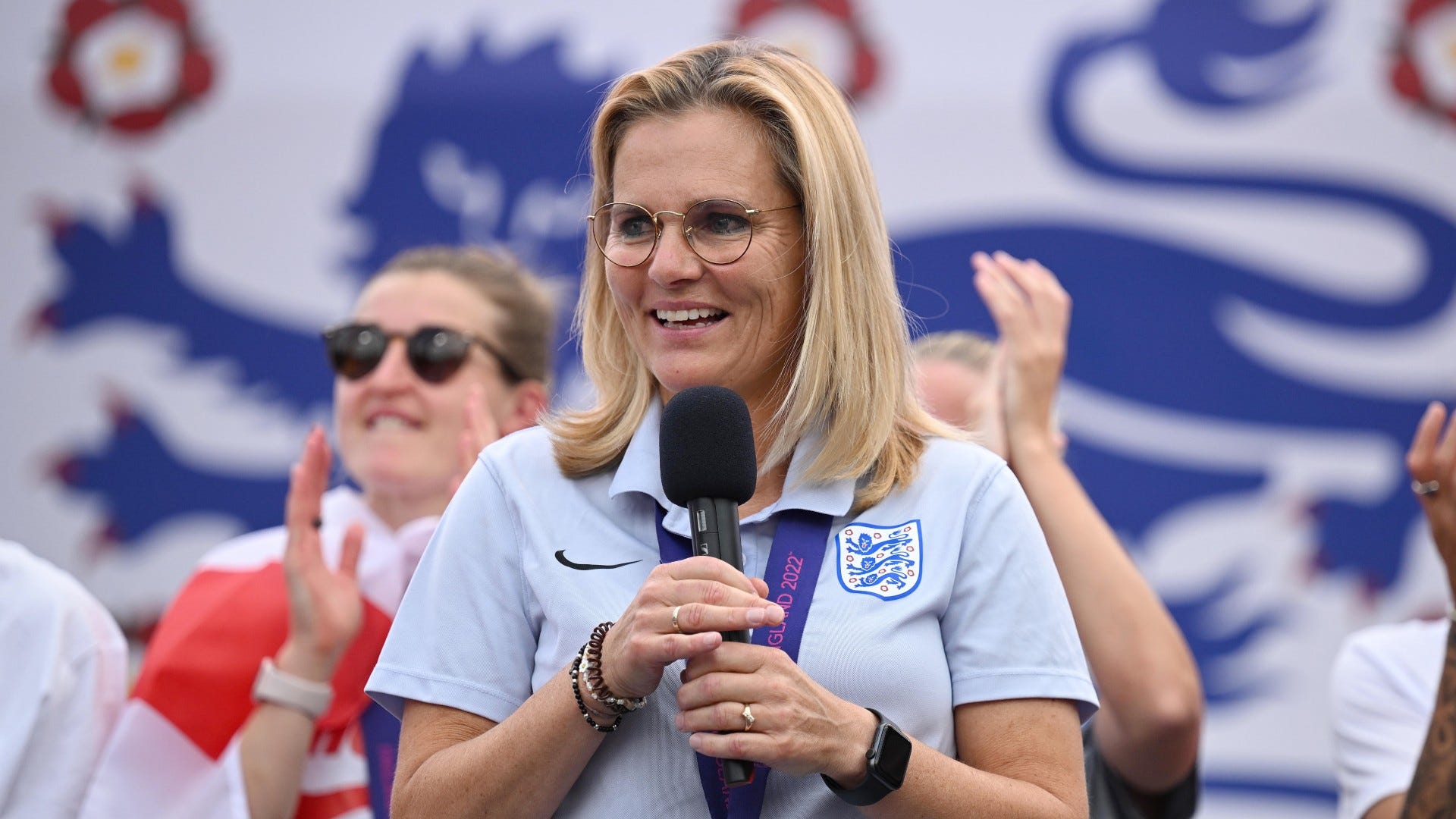 Emma Hayes has insisted that Sarina Wiegman could manage in the men’s game after leading England’s Lionesses side to Euro 2022 glory. England Women delivered the country’s first trophy since the 1966 World Cup as Chloe Kelly’s goal in the extra time sealed a memorable victory against Germany in the final at Wembley.

Chelsea boss Hayes was hugely impressed by the way Wiegman conducted herself throughout the tournament and hopes England’s success can pave the way for a more “equal footing” in terms of coaching in the men’s and women’s games.

What did Hayes say about Wiegman coaching a men’s team?

Wiegman has now achieved back-to-back European Championship successes, having previously won the trophy with her native Netherlands in 2017.

Hayes sees no reason why the Dutch tactician can’t work in men’s football in the future, as she told the PA news agency: “She is an amazing manager. It’s the same sport, she just manages women rather than men at an extremely high level.

“I think some of the opinions in and around whether women could do that job are absolute nonsense. Of course, she could do the job. I think it is time for a lot of things to be on more of an equal footing.”

Hayes feels that it is high time for wholesale changes to take place and says there should be a systematic investment in female coaches as well.

“For me, there has to be an increase in investment across the game, and when it comes to coaching into the men’s game it has to be a pre-requisite for successful teams. I think it is time for those changes to happen,” she said.

“You’ve got to invest in not only free access for the kids, but also coaching, because seeing Sarina on the touchline last night I think is immense for any young girl who aspires to grow up being a coach. We need to invest in female coaches as well.”

Hayes: I have been crying all morning!

Hayes was extremely emotional while commentating from the sidelines after the win at Wembley and says it will take a while for her to process England’s achievement.

“I think I have been crying the whole morning. I don’t think I can take it in,” she said.

“Everybody in this country has worked so hard for a number of years to get to this point, and the fact that team did what they did on home soil in front of a packed crowd at Wembley, it is what dreams are made of.

“They have inspired a nation. Everyone is in love with that team for the right reasons. They are winners, and they are so deserving of everything that is going to come their way.

“It is important for them to enjoy it today, this week, and the next few weeks because what they have done deserves a celebration of this magnitude.”