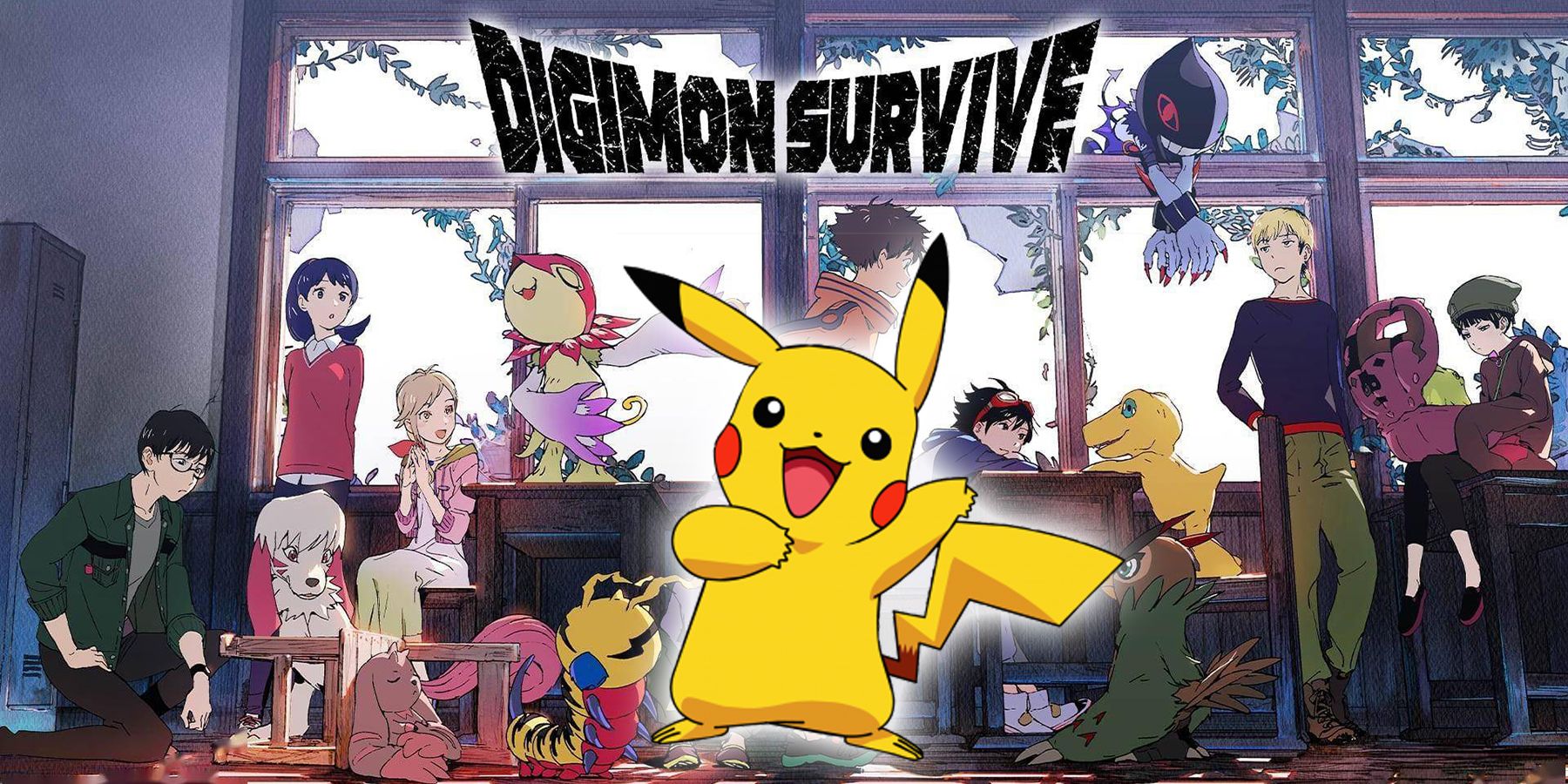 MINOR SPOILERS AHEADThere was once upon a time when it seemed Digimon Survive would never come out, but fans were recently rewarded for their patience with its release. Its reception seems largely positive, although a few user reviews on Digimon Survive seem disingenuous about it being a Visual Novel. Still, with an interesting story and new take on the franchise, it seems to be making a lot of fans happy.

Pokemon and Digimon used to be competitors in monster collecting games in a similar vein to Battlefield and Call of Duty in FPS games, but that’s not really the case anymore. Pokemon ran away with the idea of catching, taming, and working with “monsters,” even if Digimon had its own unique space compared to it. Both are near and dear to fans’ hearts, but with the release of Digimon Survive, some fans have mused about how its approach to “catching” monsters, choices, and other elements could work in a Pokemon game. However, while there are certainly elements of the game that would work in the Pokemon franchise, there could never be a ‘Pokemon Survive.’

RELATED: Digimon Survive: All Routes (and How to Get Them)

Digimon Survive’s Story is Too Dark for Pokemon

Digimon Survive has a pretty wide appeal, at least on paper. A Digimon game, Visual Novel and choices, and tactical turn-based combat are all highlights, but perhaps the biggest draw of it is its darker story. And the developer was not joking when it said Digimon Survive was dark. Without delving into spoiler territory, the second death players can encounter is absolutely gruesome, and the fallout is sympathetic, hardcore, and heartbreaking. It’s genuine in its approach. That could never happen in a Pokemon game.

Digimon was able to move away from its child-friendly approach, and that worked for it. It couldn’t work for a Pokemon game. Nintendo, Game Freak, and every involved company keep Pokemon successful by keeping its even broader appeal aimed at children. Some may argue that Pokemon games are too easy as a result, and some Pokemon games can be more mature in some ways (Black and White, X and Y), but explicit death in horrifying ways is not one of them. Legitimate dark storytelling and death would never appear in a Pokemon game. It simply would never be allowed by the company.

A Pokemon visual novel is not a bad idea, nor is a Pokemon game with a heavy influence on choice. It definitely has the turn-based combat down. But a dark Pokemon story would be a no-go from the point of conception, because of how deeply the Pokemon and Digimon franchises have diverged over the years. Some fans, maybe even many of them, would be down for a ‘Pokemon Survive,’ but no one should hold their breath.

Digimon Survive is available now for PC, PS4, Switch, and Xbox One.

MORE: Digimon Survive: How to Keep Everyone Alive