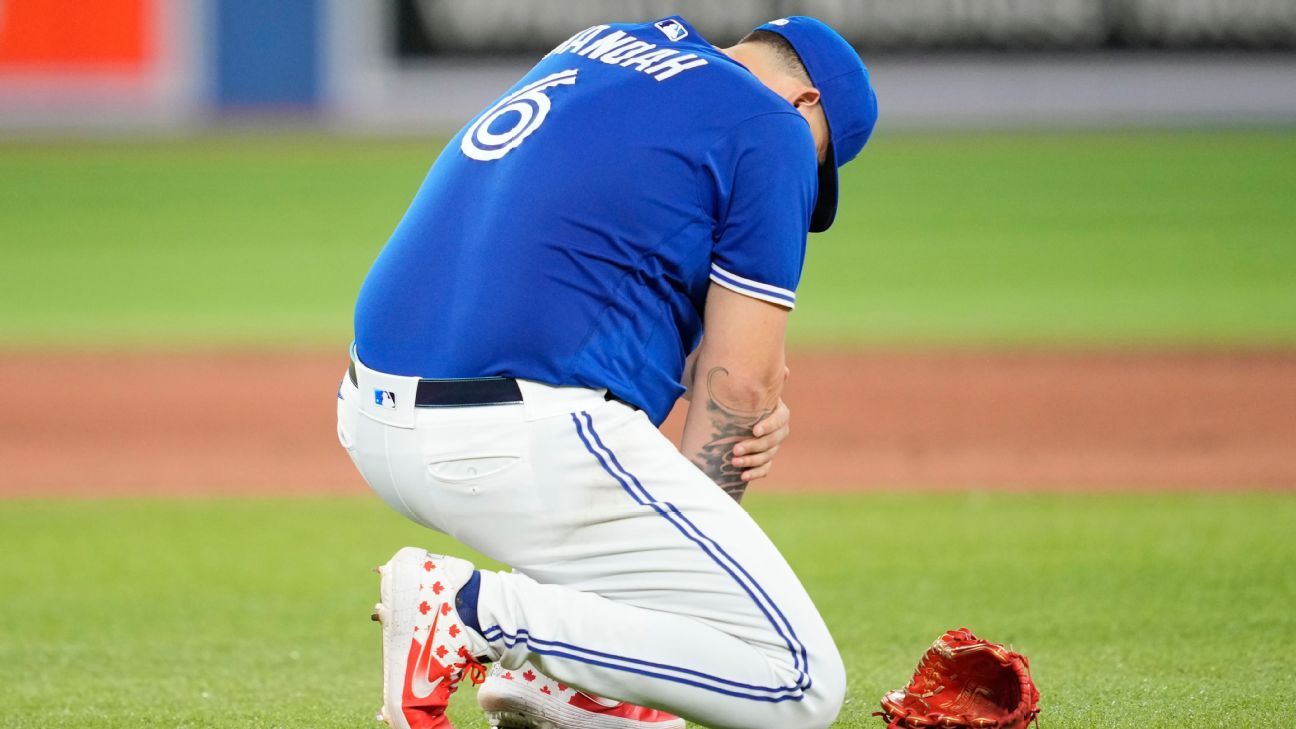 TORONTO — Blue Jays right-hander Alek Manoah left Friday’s start against Detroit in the sixth inning after he was hit on the right elbow by Jonathan Schoop’s comebacker.

Schoop’s one-hopper deflected off Manoah to shortstop Santiago Espinal, who made the out at first as Manoah walked off the back of the mound, grimacing in pain.

Following a conversation with an athletic trainer, a frustrated Manoah walked off the field. He was replaced by left-hander Tim Mayza.

Manoah allowed four runs and seven hits in 5 1/3 innings. He walked one and struck out four.