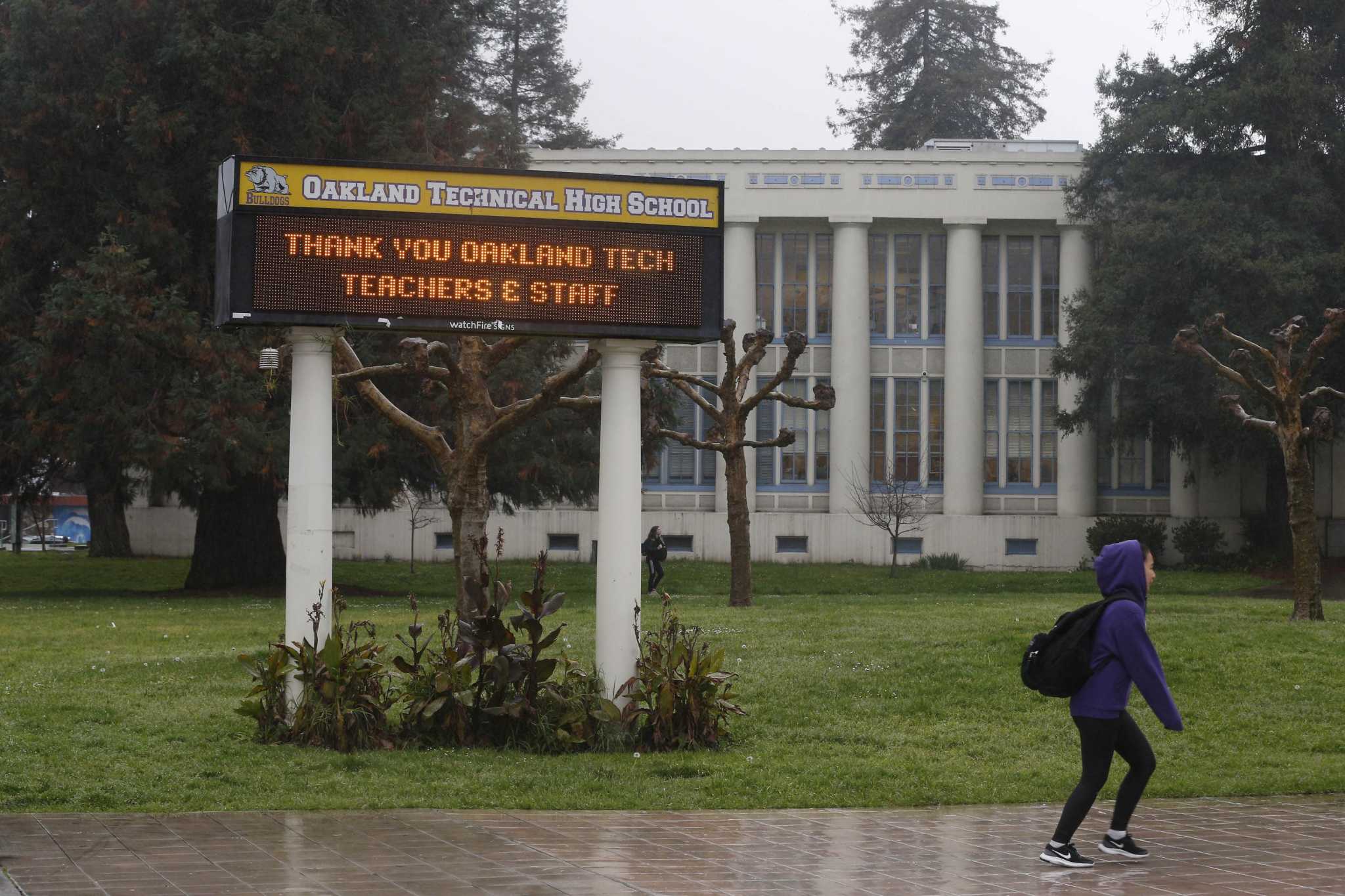 Three people were shot and injured Sunday afternoon during a youth football game at Oakland Technical High School, a City Council member said, and Oakland police confirmed “multiple” victims had been shot, including a juvenile.

An Oakland police source, who spoke on condition of anonymity because the person was not authorized to disclose information about the matter, said that a man in his 30s, a 5-year old girl and a woman in her 50s suffered gunshot wounds.

“Today, again, we see the result of having too many guns and too little gun reform. At Oakland Tech during a pee wee football game a gunman opened fire wounding at least 3 people,” Council Member Sheng Thao wrote on Facebook. “These cowardly acts of violence are not tolerable and should not be tolerated!”

Police responded just before 1:20 p.m. to a field near the school’s campus where about 500 people were attending a youth football game, according to the police source.

The shooting took place during a youth football matchup between the Oakland Dynamite and a team from Fresno, the source said. According to the Oakland Dynamite’s website, the youth team was scheduled to play the Valley Boyz, a Fresno traveling youth football team, from 9 a.m. to 4:30 p.m. Sunday at Oakland Technical High School. The police source said the shooting was not related to the football game.

Oakland police said the investigation is ongoing, and anyone who has information is asked to contact the Oakland Police Felony Assault Unit at 510-238-3426.