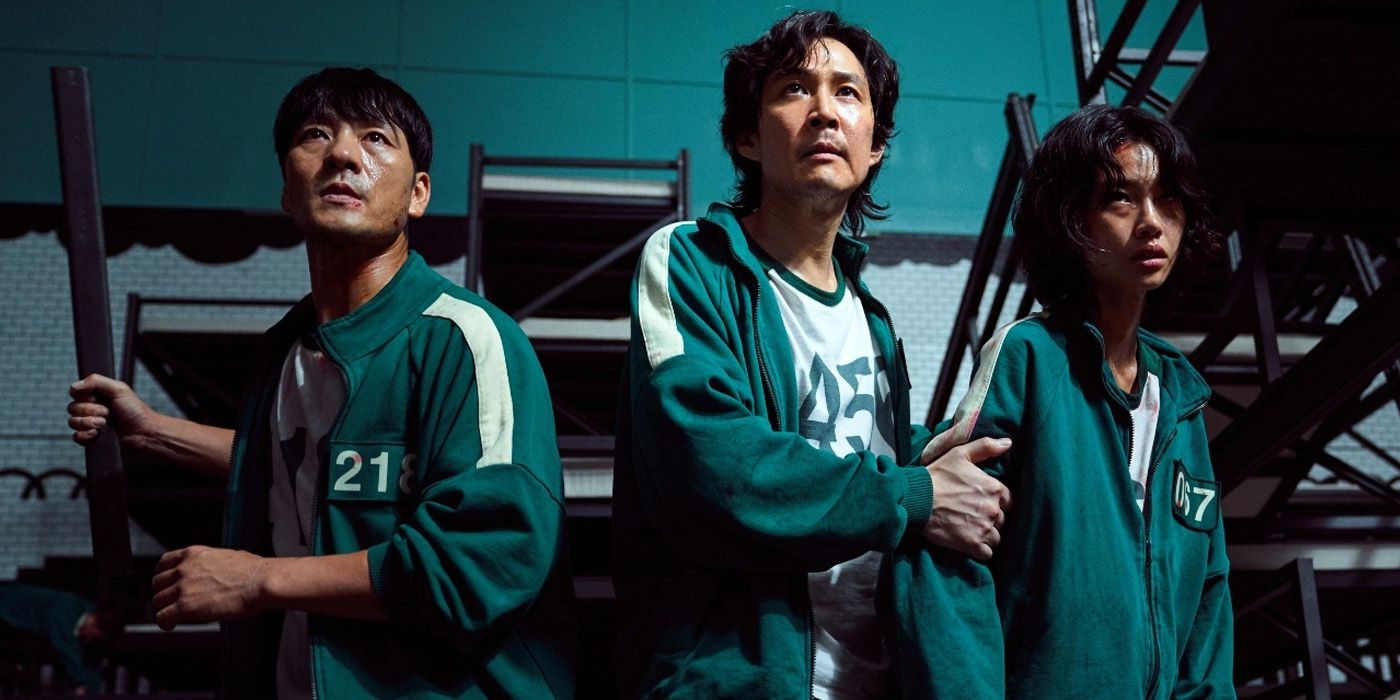 It’s a green light for season 2 of Squid Game. What is next for season one’s winner Gi-hun? Let’s break down some of the possibilities.

Squid Game is coming back for a second season of deadly children’s games. The Korean dystopian series has been given the green light by Netflix after its first season became the platform’s most popular show. What might happen in the upcoming second season, and what will Gi-hun’s role be?

In the season one finale, Gi-hun and Sang-woo face off in the final game, aptly titled ‘Squid Game’. After surviving the five previous gore-filled competitions, Gi-hun ultimately becomes the lone victor among the hundreds of dead competitors. Flash-forward to Gi-hun making that call once more, in which the Front Man advises him to get on his flight. Instead, Gi-hun is defiant and turns back as if to suggest that the game hasn’t ended yet.

Now that Squid Game is returning, there are many theories and directions the show might take. The most obvious is Gi-hun’s desire for revenge on the organization behind the brutal game. Gi-hun witnessed the gory deaths of hundreds of his fellow contestants. He also became close to Sae-Byeok throughout season one, and her death was very difficult to grasp for Gi-hun. The question is, how will Gi-hun get his revenge?

Gi-hun’s phone call to the organization about the next round of games at the end of season one might play into his character’s plot line. Gi-hun could possibly infiltrate the games by becoming a contestant somehow. This would be difficult though, as the Front Man and the “pink soldiers” know what he looks like. A more likely theory is that Gi-hun infiltrates the games by pretending to be one of the masked workers, similar to Jun-ho when he was looking for his brother. Gi-hun’s new red hairstyle might have foreshadowed this potential path as well.

Gi-hun’s family might also come into play in a second season. The Front Man knows that something is up, given that Gi-hun chose to be defiant on the last phone call which seemingly meant he was going to try to stop the games. Yet, the game makers always seem to be one step ahead of everyone. Perhaps the Front Man will find a way to put Gi-hun’s loved ones in the game. While children don’t usually participate in Squid Game, Gi-hun’s daughter might give the Front Man and the organization some leverage. They could also introduce an entire new set of games catered to this idea. Gi-hun poses a threat to Squid Game’s entire operation, and distracting him with games designed to take out his family might make him rethink everything.

Gi-hun’s character in season one remained noble. He displayed humanity and loyalty at every chance he could. Now that Gi-hun is the sole survivor of the gruesome game, his character in season two could take on a whole new act. Revenge seems to be the first thing on his mind, and seeing just how far he takes it in season two will be interesting to watch unfold. Will he remain the lovable protagonist audiences know him as, or will he develop into a more sinister character that gives Squid Game a whole new meaning?

Season 1 of Squid Game is now streaming on Netflix.