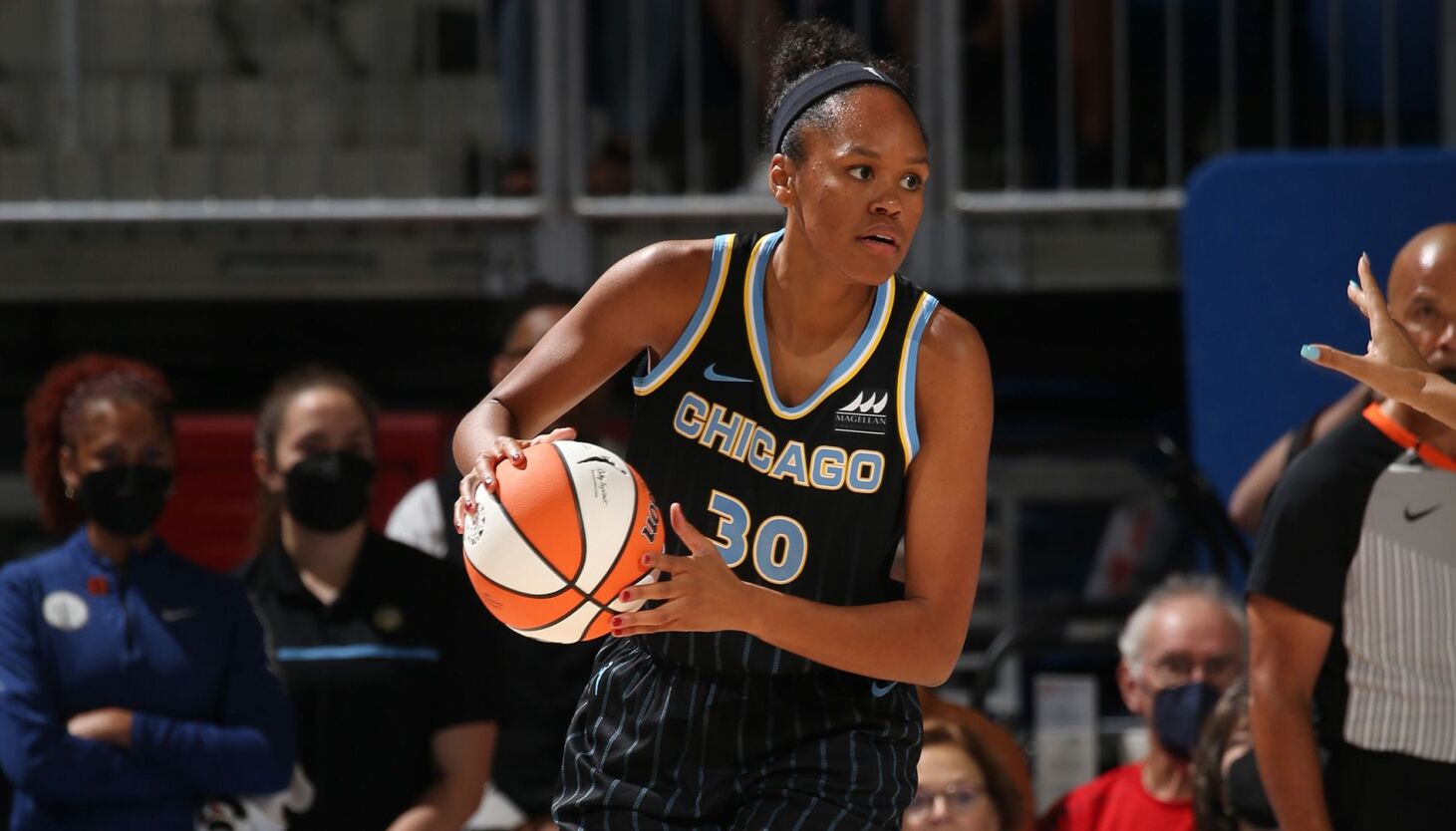 With a 21-point lead as time ticked down in the first half Friday, the Sky defended the Mystics’ final possession.

Myisha Hines-Allen took Azurá Stevens one-on-one, drove the lane and was rejected at the rim by Stevens’ fifth block of the night. That play reflected Stevens’ defensive dominance in the Sky’s 93-83 win, but also the team playing through entire possessions.

The Sky led by 26 in the fourth quarter before the Mystics closed the gap to 10 with under two minutes to play.

“We did a good job of coming out and playing two complete halves,” Sky general manager/coach James Wade said. “They made a run, but they’re a good team and we didn’t do anything to compound that. They made hard shots over the top of us.”

The Mystics boast the top defensive rating in the league, and the Sky shredded it, shooting 49.3% from the field, 40.9% from three and 92.3% from the free-throw line. Mike Thibault’s team gives up the league’s fewest points in the paint (29.9) but allowed the Sky to score 42 points inside. Mystics opponents are averaging 9.4 transition points, and the Sky finished with 22, a season high for them.

On defense, the Sky came up with 10 steals and scored 23 points off of 12 Mystics turnovers. The Sky, meanwhile, committed eight turnovers.

In the last three games, Kahleah Copper has averaged a near double-double with 20 points, nine rebounds and four assists. Against the Mystics, she shot 7-for-11 from the field and 2-for-4 from deep. She led the Sky in scoring with 19 points and had five rebounds and two assists. Allie Quigley had 18 points, and Courtney Vandersloot finished with 10 points, seven assists and five rebounds.

“She is tough,” Copper said. “We don’t even need to talk about the offense. Let’s talk about the defense. They have her down with five blocks, but she really had six. That’s so important for us down the stretch, her being that rim protector.”

Former Sky star Elena Delle Donne missed the game Friday because of scheduled rest, and her absence was felt. The Mystics’ offensive rating sees a 10.5-point difference when she’s on the court (104.7) versus off (94.2). Hines-Allen led the Mystics with 21 points and grabbed six rebounds. Rookie Shakira Austin added 17 points.

The Sky took a two-game lead over the Aces and Sun in the league standings for playoff positioning. While they maintain that’s not their focus, it’s significant in their pursuit of back-to-back titles.