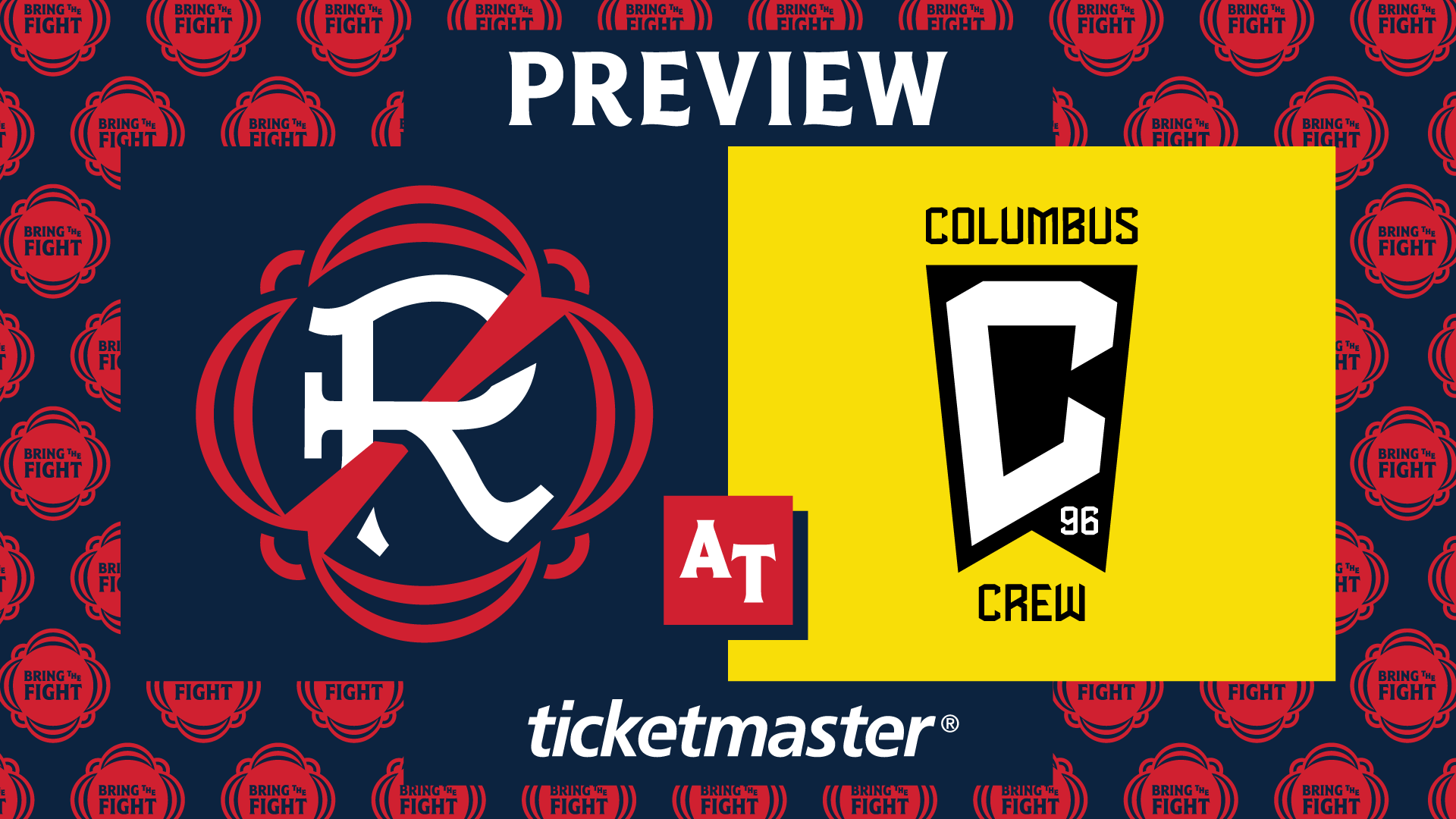 After going unbeaten in 10 games (4-0-6) from late April to early July, the Revs have now suffered back-to-back road losses to the top two teams in the Eastern Conference: New York City FC and the Philadelphia Union. Gustavo Bou has stayed red hot despite those setbacks, scoring three goals in the last two games to bump his totals to seven goals and one assist in his last eight appearances.

Bou’s goal in Philadelphia – the result of a 15-pass sequence that went through nine different Revolution players – gave the visitors a second-half lead, but they conceded twice in the late stages to suffer a 2-1 loss. It was another frustrating evening for the Revs, who are now just 5-4-4 when scoring the first goal this season after going 17-0-3 in such situations during last year’s Supporters’ Shield winning campaign.

Columbus have steadily climbed the Eastern Conference standings in recent weeks, rising to sixth place with Sunday night’s 2-0 win over in-state rivals FC Cincinnati. The win stretched the Crew’s unbeaten run to eight games (4-0-4) as they haven’t tasted defeat since mid-May, when they were beaten by current Supporters’ Shield leaders Los Angeles FC.

The recent arrival of Young DP forward Cucho Hernandez (four goals in his first three MLS appearances) has sparked the Crew’s attack, but their defense has continued to provide the foundation for their success. Columbus have conceded just 22 goals through 20 games, tied for third-fewest in MLS, and they’ve allowed just one goal in their last three games at Lower.com Field.

Revolution forward Giacomo Vrioni
Giacomo Vrioni won’t be in the starting XI on Saturday after arriving in Foxborough late last week and joining his Revolution teammates on the training ground for the first time on Tuesday, but the 23-year-old forward’s presence could nevertheless provide a boost for a group looking to get back to winning ways.

Vrioni arrives as a DP signing from Juventus FC, having spent the 2021-22 season on loan with WSG Tirol in the Austrian Bundesliga, where he was the league’s joint top scorer with 19 goals. The 6-foot-2 Italian can score goals in a variety of ways, and could present a dangerous weapon off the bench at Lower.com Field.

Crew forward Cucho Hernandez
The focus in Columbus has long been on Lucas Zelarayán, and with five goals and nine assists in 16 appearances, he continues to be a driving force for the Crew. But the Revs will also need to be prepared to deal with the attacking threat of Cucho Hernandez, who scored early in Sunday night’s win over Cincinnati to become the first player in MLS history to register his first four goals in under 90 minutes of game action.

Cucho, who at just 23 years old already has eight years of professional experience, scored his first three MLS goals off the bench before starting and going 64 minutes this past weekend, netting the game-winning goal with a deft header from a Zelarayán free kick.

Revolution
Andrew Farrell is set to return from a one-game suspension and provide a boost to the Revolution’s backline this weekend, while goalkeeper Jacob Jackson – who has featured 14 times for Revolution II in his rookie season – is the only player on New England’s availability report, listed as out with a leg injury.

Giacomo Vrioni’s availability for Saturday remains to be seen, as Bruce Arena said the 23-year-old DP forward will need time to settle into his new surroundings and build his fitness after a lengthy layoff from games.

“He just got in,” Arena said of Vrioni, who landed in Boston last Friday and joined his new teammates on the training ground for the first time on Tuesday morning. “He hasn’t played in a while. If he travels with us and is on a gameday roster, he would only be available for limited minutes.

“He’s going to need some time for his fitness to come around since he hasn’t played a game probably in, I would guess a couple of months, so it’s going to take a little bit of time.”

Crew
Saturday’s hosts list just one player on their availability report: Artur, who is questionable with a right leg injury. The 26-year-old central midfielder has started 13 games this season, but hasn’t featured since late May.

New England Revolution sporting director and head coach Bruce Arena
“It’s well known that we’ve dropped a lot of points by conceding goals at the end of games and a lot of those mistakes have been mental mistakes, technical mistakes, and in a lot of cases, I can’t even say I take my hat off and tip it to the other team, they made a great play. We’ve just made some bad plays, so it’s more mental than anything and if we can get that cleaned up, we can have a good last 14 games of the season.”

New England Revolution defender Brandon Bye
“Just watching a little film on (Lucas Zelarayán and Cucho Hernandez), staying accountable on the field, and watching those guys to make sure we know where they’re at all times. That’s something you have to do as defender. And then knowing their tendencies — know what foot they are, where they like to create space and find space in the box, stuff like that. But yeah, we look at that and then we go play the game on the weekend.”