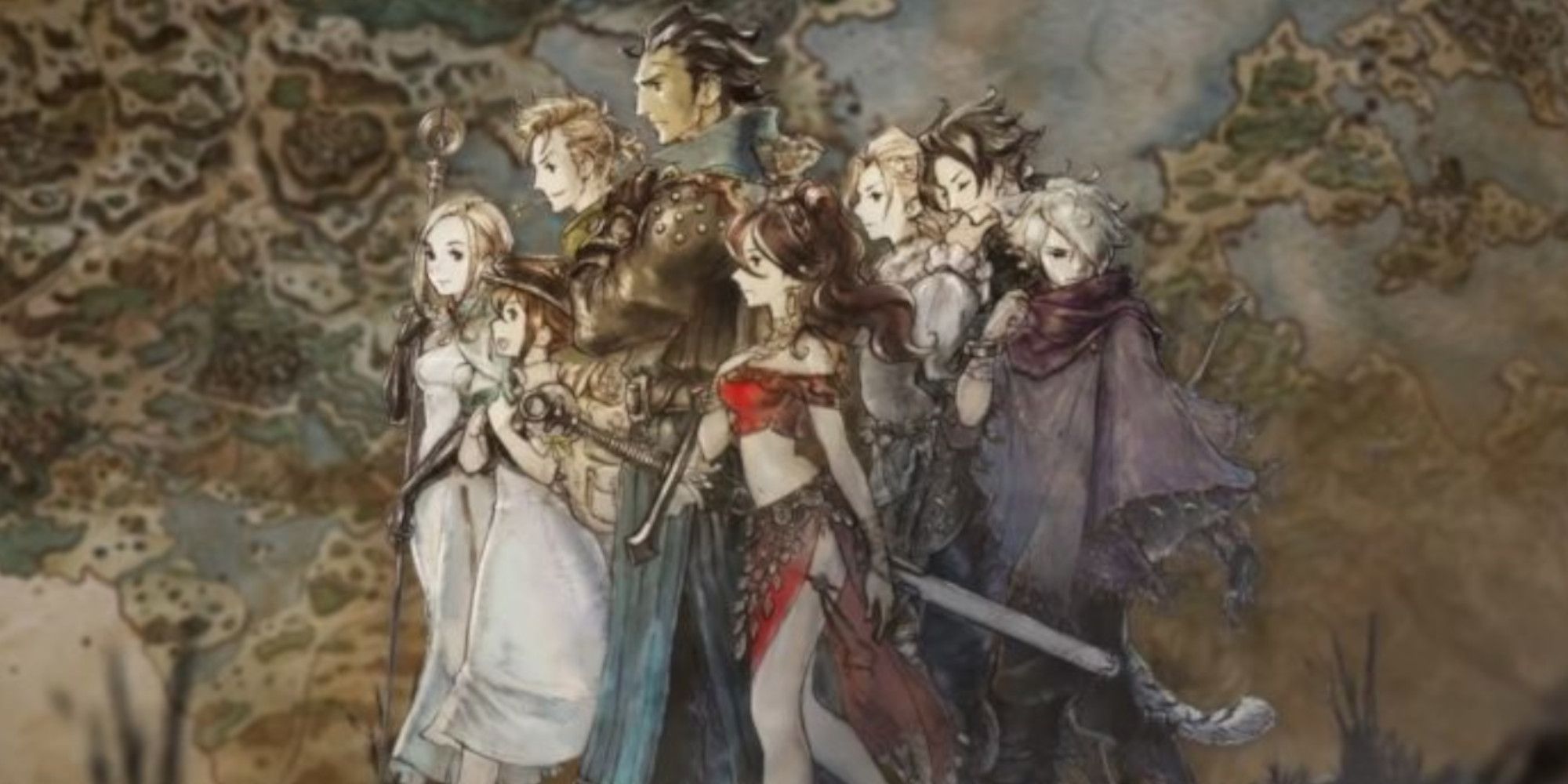 “There’s an Octopath Traveler prequel that just came out,” is a fine way to start a sentence. Unfortunately, the rest of it goes “and it’s a mobile gachapon game”. As far as short tragedies are concerned, it’s no “Baby shoes, never worn,” but it’s damn close.

If you follow Square Enix’s mobile hijinks this shouldn’t come as a surprise, but having low expectations for the world’s largest RPG company doesn’t make it any less disappointing. I played a few hours of Octopath Traveler: Champions of the Continent at Comic-Con last weekend and sank in a few more when it officially launched on Wednesday, and it’s exactly what you’d expect: a great game with horrifying monetization.

If you recall how the original Octopath Traveler worked, you could choose any of the eight characters you wanted, then you would gather the other seven heroes one at a time while traveling around the world battling monsters, and experiencing their individual stories. The longer you played, the more party members you’d collect, and the stronger your team would become. This kind of “play-to-win” game is becoming a novel concept more and more as the years go by.

Guess how you build your party in Octopath Traveler: Champions of the Continent? You put some money in a slot machine, pull the lever, and hope you get a good one. That wonderful journey of discovery and friendship building has been replaced with the one-armed-bandit. Folks, you hate to see it.

It’s one of the more egregious examples of mobile monetization I’ve seen because it’s barely even supported by the rest of the game. While navigation and level design has been simplified for mobile, Champions of the Continent is largely just a normal RPG. There’s no energy system to worry about and you aren’t time-gated from content. I haven’t seen pop-up ads or limited-time bundles either. It’s just Octopath Traveler – now with 100% more gambling.

Square Enix mobile games are a nightmare of predatory monetization, but they’re also very popular. You’ll find similar systems in games like Brave Exvius and Dissidia, as well as Final Fantasy Record Keeper, a gacha game that Square announced is shutting down in September. While fans are distraught over losing a game they love – and not to mention the hundreds or thousands they spent on it – Square Enix’s announcement on Twitter encouraged them to migrate over to Brave Exvius so they can keep the money train right on a rollin’. I wonder which casino Square will redirect Octopath fans to when this one inevitably closes shop in a few years.

The (very nice) Square Enix rep that walked me through the game at Comic-Con reiterated a number of times that the game is very free-to-play friendly – even more so than SE’s other mobile games. Isn’t it funny how these companies are always emphasizing how easy it is to play their games for free while trying so hard to get you to spend money? “Free player friendly” as an expression implies that the relationship between studios and players is naturally hostile. Why are we giving money to companies that see us as adversaries in the first place? I feel like I’m being invited to jump and a pit of snakes while being told “Don’t worry, the snakes in this pit don’t bite as hard as the snakes in our other pits.” I think I’ll just skip the hole full of snakes entirely, thanks anyway.

Next: Xenoblade Chronicles 3 Shows That Open World Final Fantasy Is More Than Possible