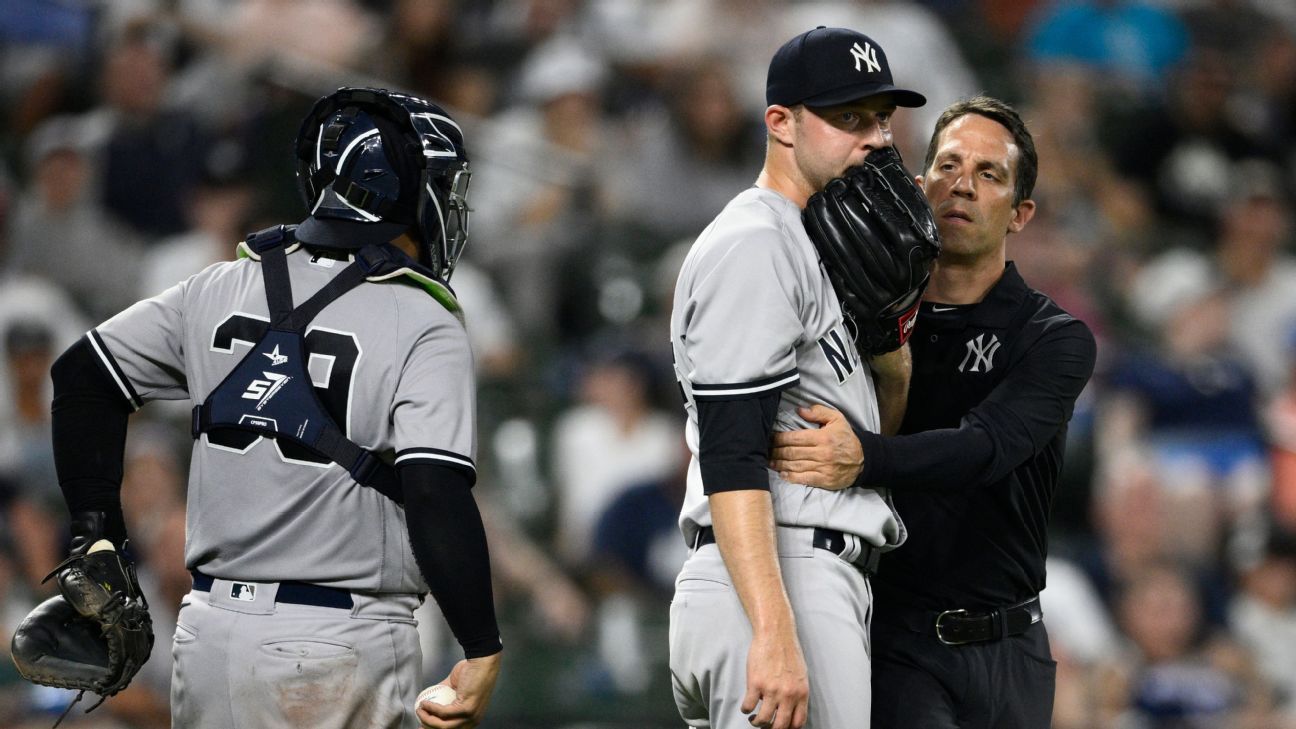 New York Yankees reliever Michael King left Friday’s game after suffering an injury to his right, throwing elbow, with the team concerned the injury could be significant.

The Yankees have not announced a diagnosis for King, but the New York Post reported that initial testing showed that he suffered a fractured right elbow. According to the Post, King was set to undergo further testing, but the expectation is that he will miss the rest of the season.

Yankees manager Aaron Boone also did not reveal a status for King after the game, a 7-6 New York win, but expressed his worry for the 27-year-old right-hander.

“He’s been one of the best pitchers in the league,” Boone told reporters. “I hope and pray the best for King.”

Right-hander Jameson Taillon said the mood among the Yankees was “somber” over King.

“He’s a hard worker. I know he’ll get back here and get back to the same spot he was in,” Taillon told reporters. “It’s never easy seeing a guy walk off the field. You think about his girlfriend and family watching. That’s not easy for anyone.”