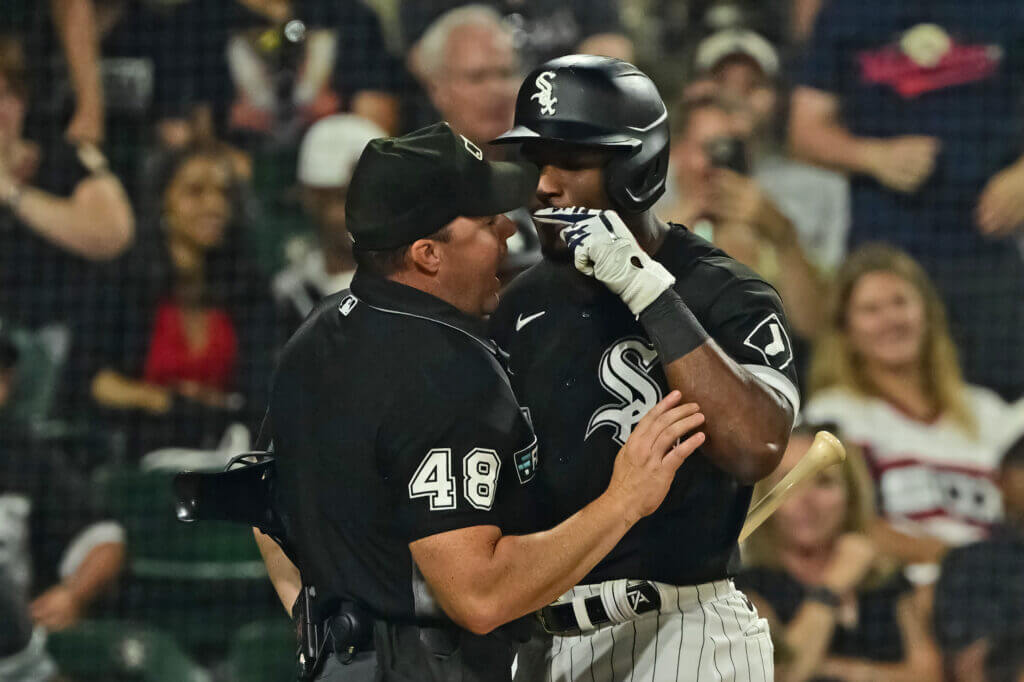 Chicago White Sox shortstop Tim Anderson was handed a three-game suspension and an undisclosed fine from MLB on Saturday after he was deemed to have made contact with home plate umpire Nick Mahrley in Friday night’s game against Oakland.

The incident occurred in the seventh inning after a disputed strike call. Both Anderson and White Sox manager Tony La Russa were thrown out on the play.

Tim Anderson was NOT happy with the call on the first-pitch strike 😲 pic.twitter.com/vXjdqbhhfM

La Russa told reporters after the game that he saw Mahrley moving forward toward Anderson, “which they’re taught not to do that.”

“I didn’t see any contact that I know,” the manager said. The Athletics would go on to win the game 7-3.

According to a statement from the league, the suspension had been scheduled to begin Saturday night, but due to Anderson exercising his appeal, the suspension is held in abeyance until the process is complete.

Going forward, Leury García would most likely take Anderson’s spot in the lineup should he miss time. However, García is in the midst of his worst offensive season of his career, while Anderson is batting over .300 for the fourth-straight season.

If suspended, this would be Anderson’s second suspension this season. He was previously docked one game in April for making an obscene gesture toward the crowd in Cleveland.

While that suspension was reduced to a fine on an appeal, he also started the year suspended after an incident in Detroit at the end of the 2021 season