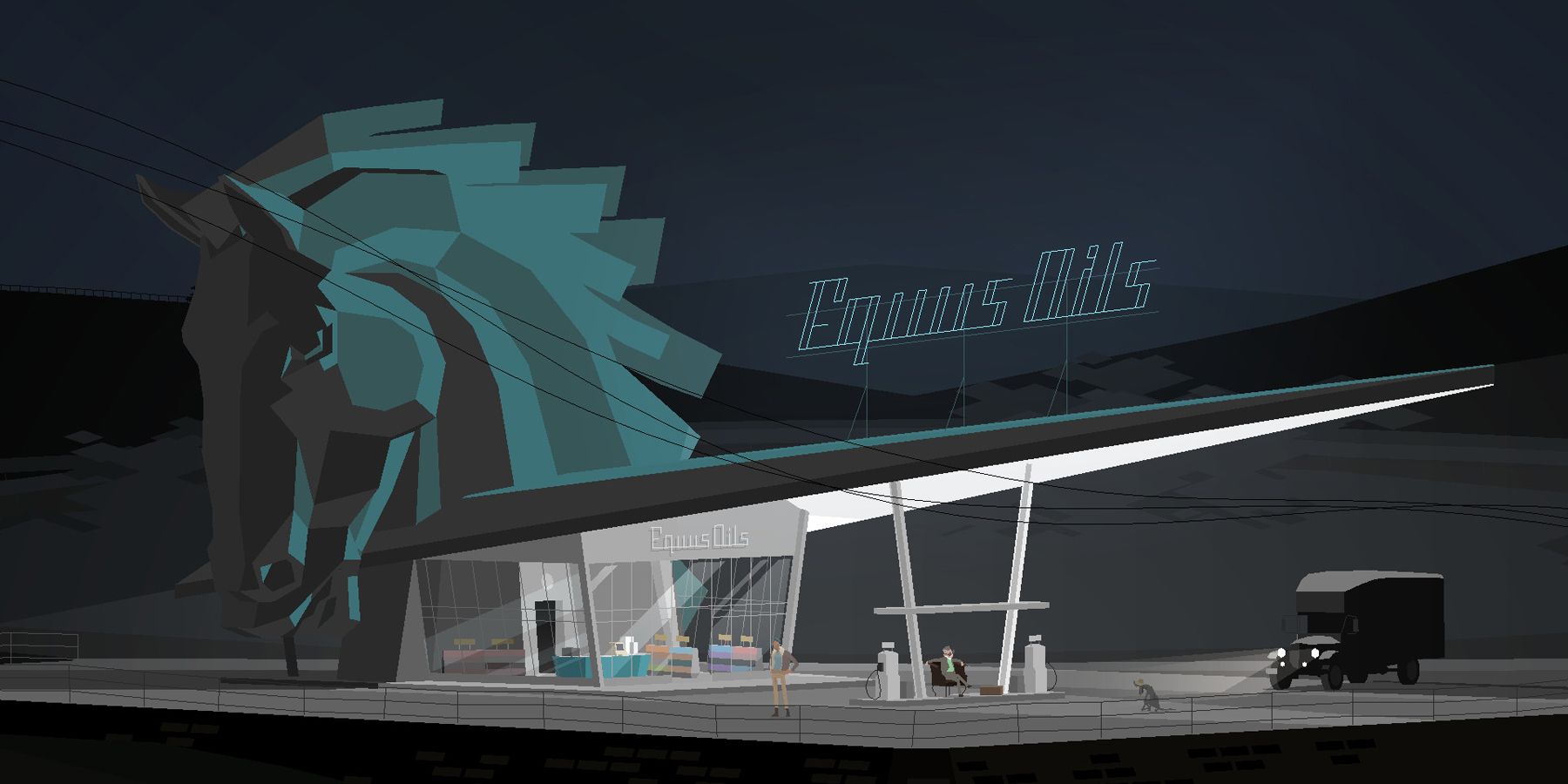 Published by Annapurna Interactive, Kentucky Route Zero is one of the most unique and mysterious adventure games in recent memory. Developer Cardboard Computer received praise for its evocative writing, minimalist artwork, and beautifully surreal world. With Cardboard Computer’s episodic game finally complete after nearly a decade in development, some fans may wonder what else the studio might have in store.

Adventure game fans finally got some answers during the Annapurna Interactive showcase earlier today. The three developers of Kentucky Route Zero appeared during the stream to announce their next project. Unfortunately, they were not ready to share much about the upcoming game.

Cardboard Computer did not reveal the game’s title or even what it’s about. However, the team began working on the new game immediately after completing Kentucky Route Zero. However, they claim to have been thinking about the concept for years, possibly even before they started developing Kentucky Route Zero. Unfortunately, there was also no indication about when the game will come out or whether it will have the same episodic format. However, since Cardboard Computer announced its last game back in 2011 but didn’t deliver Kentucky Route Zero’s final Act until 2020, fans may be in for a bit of a wait.

Still, the three-person team was not completely tight-lipped about the upcoming game and offered a few ideas of what fans could expect. Cardboard Computer explained that it’s going for a very different atmosphere this time. While the previous game had some comedic moments, Kentucky Route Zero was still overwhelmingly written as a tragedy. Meanwhile, the team’s next project will be more of a comedy, with funnier writing and a faster tempo.

Those aren’t the only ways the new game may feel different. According to writer and programmer Jake Elliott, “it’s the first project where we’re really focusing on performance as a core part of the piece.” And while it isn’t precisely clear what Elliott means by “performance,” he seems to be referring to much greater use of animation and other visual elements. Artist Tamas Kemenczy seemingly confirms this by noting that Cardboard Computer’s next game will feature more and livelier use of animation. The video even shows a few clips of his work animating a dog’s mouth, confirming that a canine companion is one thing that the new game will carry over from Kentucky Route Zero.

The three members of Cardboard Computer also discussed how they’ve grown as a team and become more familiar with the technology over the years working on Kentucky Route Zero. Hopefully, that means the team will have a finished game ready to go well before the end of this decade. Then again, Kentucky Route Zero’s impressive review scores indicate that a long development isn’t automatically a bad thing.

Kentucky Route Zero is available on PC, PS4, Switch, and Xbox One.