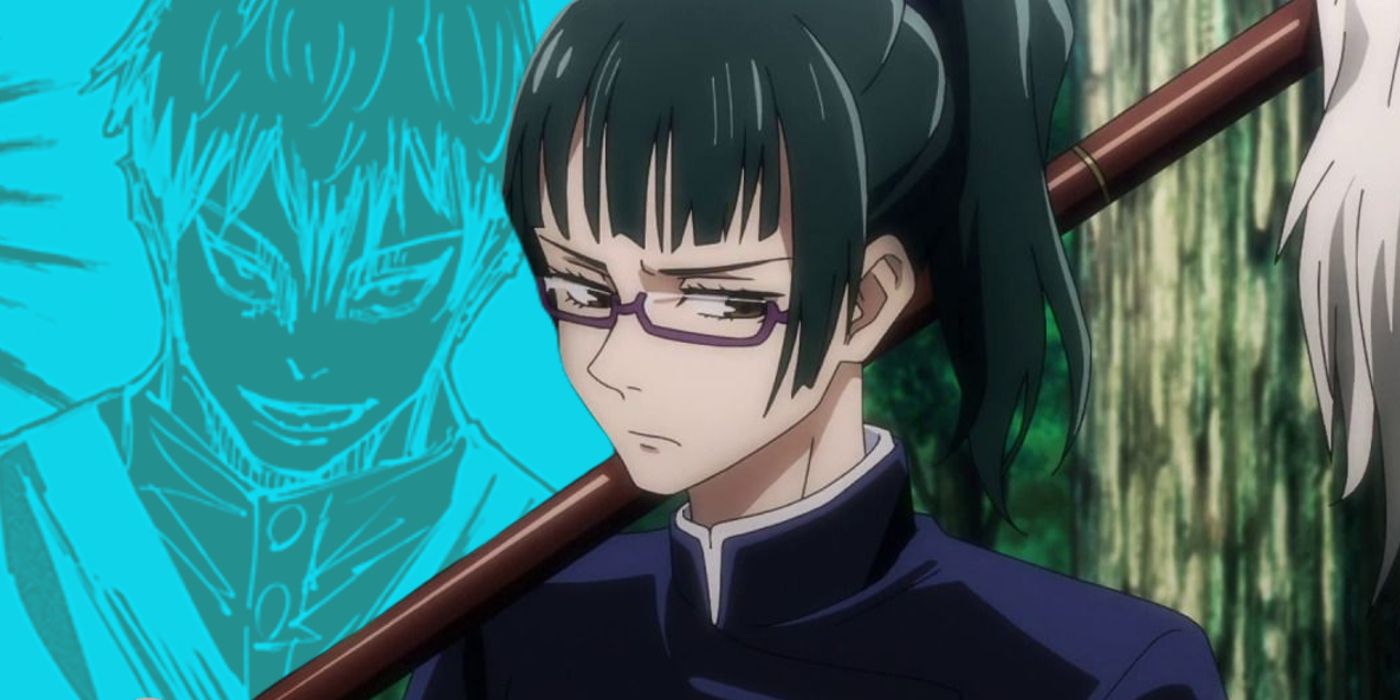 The promised Maki and Naoya Zenin rematch in Jujutsu Kaisen breathes new life into the Culling Game arc, which has mostly focused on newer characters.

The hype surrounding the Culling Game in Jujutsu Kaisen just reached new levels of intensity for the first time in months. This is not only because the newest chapter sees the return of the fan-favorite sorcerer Maki Zenin, but because her battle against her most revolting enemy in an earlier, more exciting arc has now come full circle.

Although there have definitely been some major high points during the Culling Game, all of these peaks occurred when a well-established character was involved like Yuji Itadori, Megumi Fushiguro or Yuta Okkotsu. However, the last two confrontations have centered on completely new or just recently introduced characters, one of whom has fought in both of them. Despite the fact that the ongoing contender, Kinji Hakari, has been referenced for quite some time in Jujutsu Kaisen and even serves as the jujutsu sorcerers’ savior against cursed spirits behind the god-like Satoru Gojo, there hasn’t been enough to truly get invested in his character.

But that unfortunate trend finally ends at the conclusion of Jujutsu Kaisen chapter 190 when Maki joins the Culling Game. Mangaka Gege Akutami then completely obliterates that aforementioned trend when he reintroduces Maki’s previously defeated cousin Naoya Zenin as a cursed spirit at the end of chapter 191. Best of all, Naoya has already picked a fight with Maki, a battle that will likely begin unfolding in the next chapter. These developments can get readers invested in the Culling Game for the first time in a while not just because Maki is back, though it plays a major role in their overall excitement. After all, who couldn’t be invested in a character like Maki who has such a tragic backstory and is only incredibly powerful now because her sister sacrificed her own life to help her? Now she’s facing off against her cousin Naoya, and their relationship carries a lot of baggage with it.

Although the entire Zenin clan rejected and despised Maki for her lack of cursed energy, Naoya was especially vehement in his hatred towards her, spewing such bigoted and misogynistic vitriol that readers couldn’t help but utterly detest every fiber of the foul creature’s being. Maki and Naoya’s last and supposed final confrontation also transpired during a massive turning point in Maki’s life. She had to essentially espouse the persona of a monster to help her brutally murder her entire clan. Naoya’s return, especially as the most negative entity in their universe (a cursed spirit) and taking a form fitting of his despicable self (a worm), brings all of that exciting history back to the present during an arc that doesn’t possess any of these crucial qualities.

Although it’s clear that the Culling Game serves as set up that will put even greater events in motion, as of now, the Culling Game storyline feels like filler, especially when compared to how much of an impact Jujutsu Kaisen‘s latest development has made on readers. The previous fighters didn’t come with any pre-established backstory that readers were already invested in, and therefore their prospective deaths would not be that shocking. Similarly, the stakes aren’t that high in the Culling Game so far. The jujutsu sorcerers want to find the angel who can release Satoru Gojo, but his appearance would diminish any prospective threat considerably. These sorcerers are also driven by their desire to save Megumi’s sister, but readers haven’t seen her at all. Other victims trapped in the Culling Game who need saving have barely been touched upon, either. But Maki’s murder of her entire clan certainly had high stakes. Her return and her upcoming rematch with Naoya in Jujutsu Kaisen will help make the Culling Game not feel so much like filler.

Next: Jujutsu Kaisen’s Maki Has One Important Weakness

Steven Blackburn has more than 10 years of experience in journalism, writing and editing for numerous publications over the last decade. At Screen Rant, he currently focuses on manga, Sonic the Hedgehog and Transformers, among other titles. He also conducts interviews with anime voice actors, directors, composers and other industry professionals whenever he’s lucky enough to get the chance. Steven Blackburn received his Master’s degree in Writing, Rhetoric and Media Arts from Trinity College in Hartford, Connecticut.