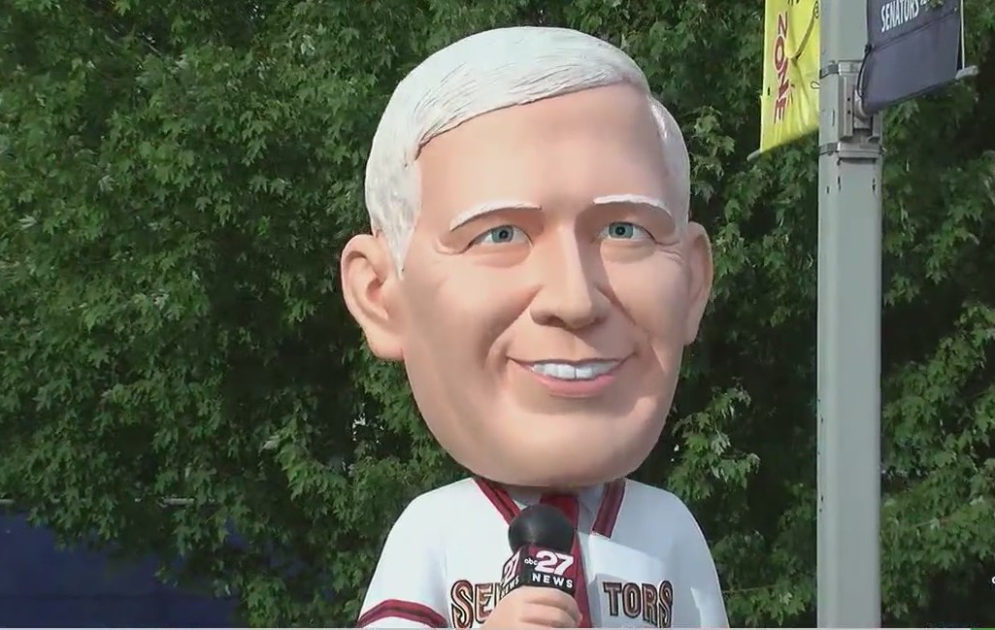 HARRISBURG, pa. (WHTM) — A long line of Harrisburg Senators fans made sure to arrive early so they got a Gregg Mace bobblehead on Saturday, July 23.

“This is one of the most touching tributes to dad,” Gregg Mace’s son Kyle said.

Get daily news, weather, breaking news and alerts straight to your inbox! Sign up for the abc27 newsletters here.

A life-size version of Gregg’s bobblehead was unveiled just before the first pitch. Gregg’s son Kyle, his wife Caroline, and abc27 co-anchor Alicia Richards were there to help with the unveiling.

The bobblehead looks just like Gregg did at the games: his signature smile and an abc27 microphone in hand.

“He was here for thousands of games on City Island. Which is crazy to think. He never missed a Senators opening day,” Kyle said.

Gregg loved the senators and covered the team since they started playing in 1987.

His bobblehead now will be in the Senators Hall of Fame. Gregg became the first person who never played professional baseball to be inducted, and will stand beside other greats like Bryce Harper and Steven Strasburg.

“We got big names and Gregg Mace is a big name in Harrisburg sports so it fits,” Whitaker said.

Gregg’s son Kyle is starting a foundation in his father’s name to help future sports broadcasters. You can find more information by clicking here.

Stay up to date on the latest from abc27 News on-air and on the go with the free abc27 Mobile app.