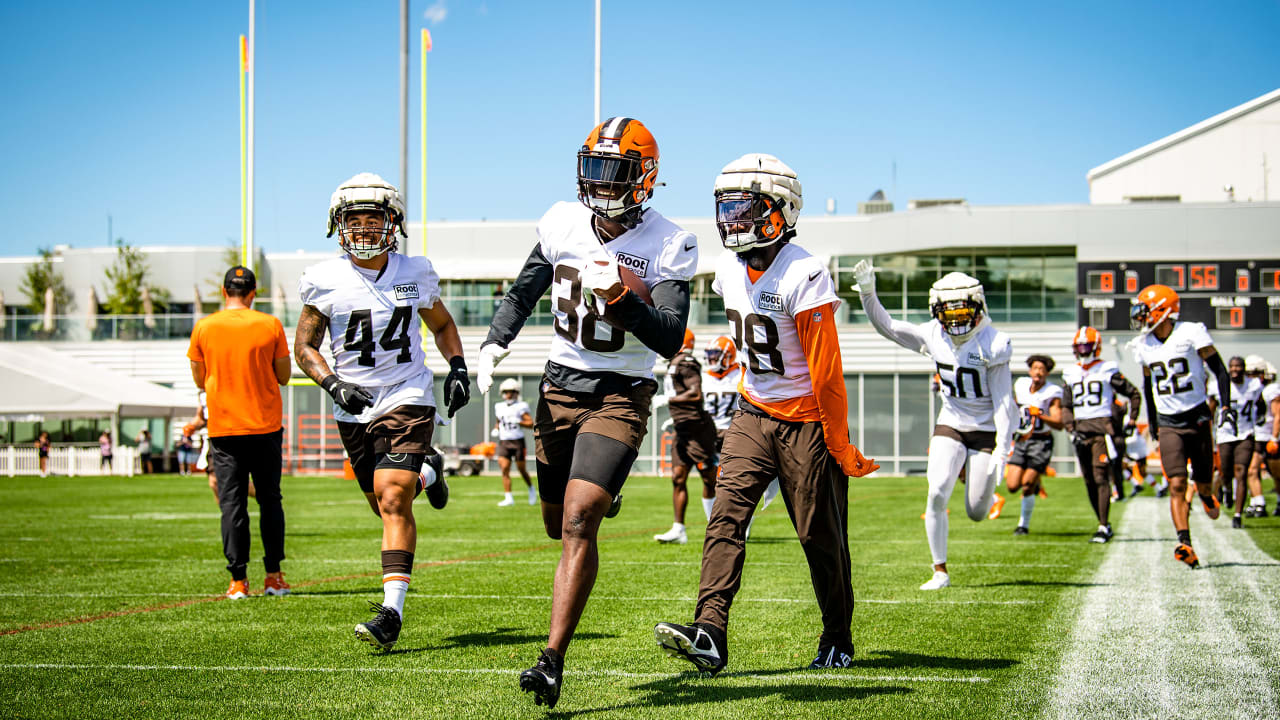 The Browns defense has implemented a game to keep training camp competitive for all position groups.

It’s called “Alpha Dog,” and defensive coordinator Joe Woods shared a little info about it Friday — the defense has been split into four teams that will have stats tracked throughout training camp. Woods couldn’t reveal the teams or stats being tracked, but he did say that a prize will be awarded for the winning team at the end of camp.

“We are definitely going to get into Alpha Dog mode here in a couple days.”

Takeaways is one stat that is undoubtedly being tracked. CB A.J. Green recorded the first one of training camp Friday during 7-on-7 drills when he leaped to intercept a pass from Jacoby Brissett, and the pick led to some loud roars from the defensive part of the sideline.

Woods highlighted takeaways as one of the biggest focuses for his group during training camp after the Browns ranked tied for 18th in the league with 40 takeaways forced the last two years.

“We have not done as good of a job the previous two years,” Woods said. “We greatly have to improve that because that is one of the major categories that you have to note, if not the most important category, when it comes to winning games.”

Perhaps we’ll learn a few more details about the game as training camp progresses. It’s clearly led to some added excitement among the defense as the intensity begins to pick up in camp.

Here’s what else you might’ve missed from Day 3 in Berea.