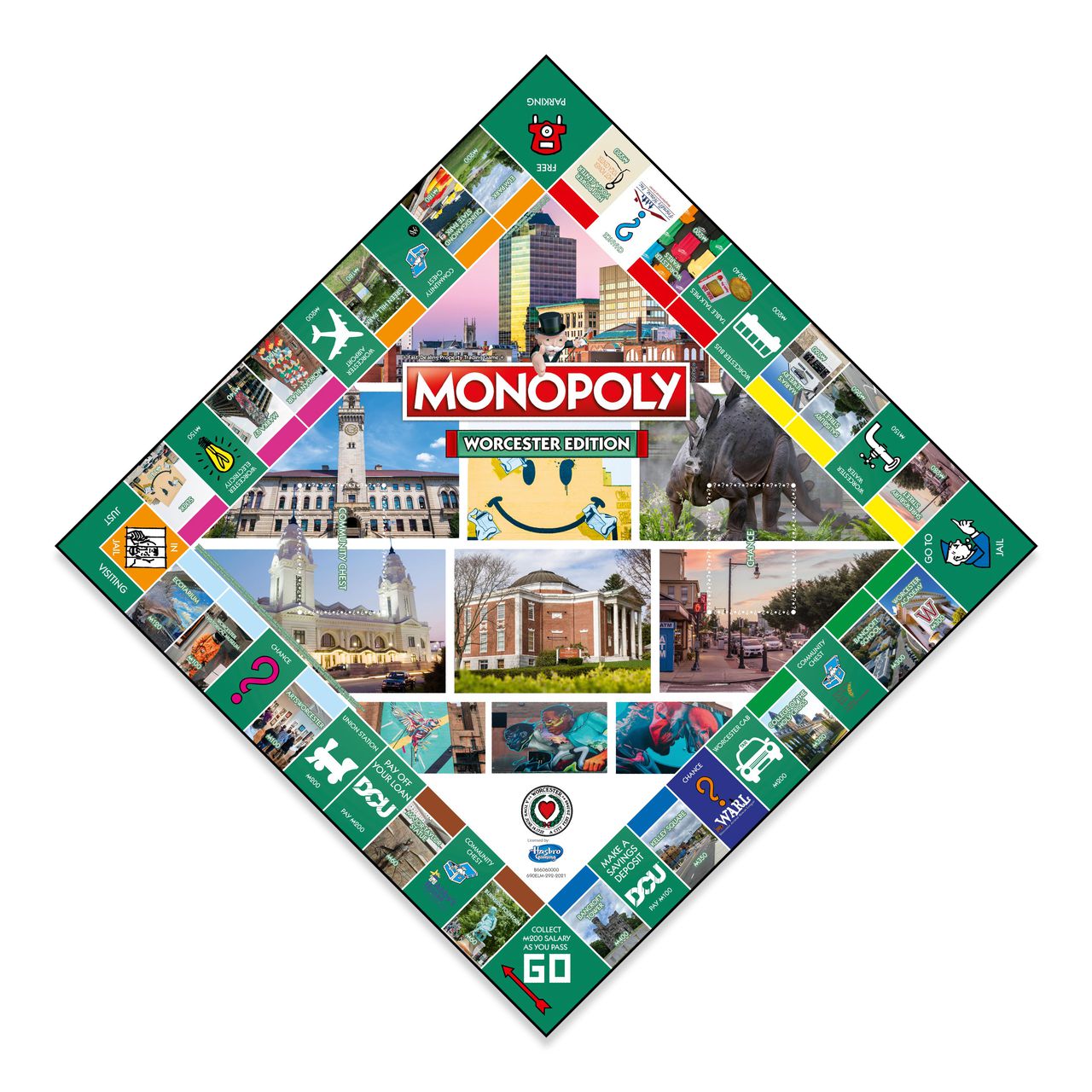 Worcester’s iconic smiley face is at the center of a court battle between the creators of Worcester Monopoly and L.A. artist Slick OG.

The Worcester Monopoly game, which was released in November, features a photograph of Slick OG’s mural on the exterior of the Palladium. The mural depicts a Harvey Ball-style smiley face with three Mickey Mouse-like cartoon hands holding cans of spray paint.

The same month its game was released, Top Trumps USA Inc. said Slick OG contacted Hasbro, which it was licensing the game from, claiming that the photograph of his mural was an “unauthorized mechanical reproduction” of his original artwork, according to court documents. His attorney sent Hasbro a cease and desist letter.

The story was first reported by the016.com.

Top Trumps USA is arguing the use of the photo does not infringe on any of Slick OG’s rights because the photo of the mural is fair use, “given the history of the smiley face, the archival nature of the Game for the Worcester community, and the transformative nature of the use.”

The game producer is also arguing the Slick OG’s mural is not the focal point of the game because it is just one of 30 squares that make up the game.

After months of discussions between Slick OG’s attorney and Hasbro, Top Trumps USA said the attorney threatened to sue Hasbro in May if they couldn’t come to a resolution.

In its civil suit against Slick OG, which was first filed on May 25, Top Trumps USA is seeking a declaratory judgment that it made fair use of the mural in its game and did not infringe on Slick OG’s rights.

Top Trumps USA is also seeking relief from Slick OG in terms of the cost of the suit and “further relief as the Court deems just and proper.”

This isn’t the first time the Worcester Monopoly game has been at the center of a controversy.

When the game was first released, local businesses expressed their ire that businesses had to pay to be a part of the game.

When it was promoting the game, Top Trumps USA sent out a news release announcing an email address where residents could send the 34 locations they would like to see featured on the board. Ralph’s Tavern tried to rally its customers to vote for them, but was ultimately not included.

“Monopoly has always been known as a game the whole family can play, everyone can play Monopoly,” said Ralph’s Tavern owner Scot Bove in a press release in November. “However, we have learned that the Worcester Monopoly edition was a PAY TO PLAY situation — Monopoly did not give everyone the chance to play which seems very un-Monopoly.”

The court documents related to the case against OG Slick address this.

“TTUI does not pay a license fee for the inclusion of businesses, institutions or locations in these Community Editions; in fact, they are often paid a fee by such local businesses in order to be included in Community Edition,” court documents read.