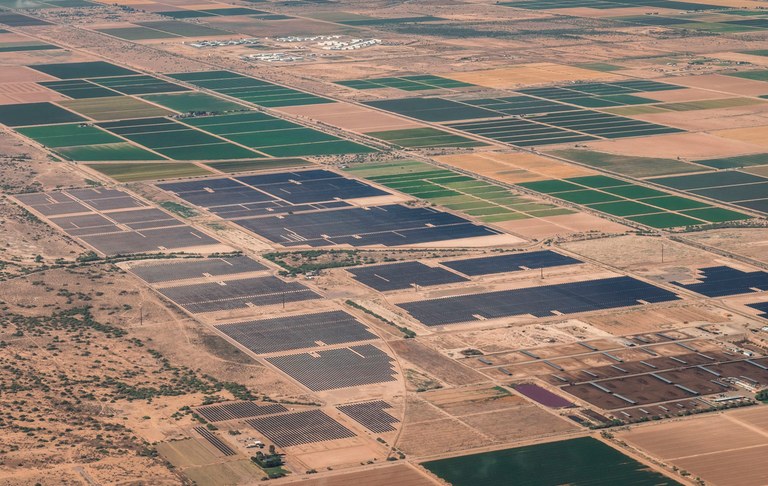 The Build Back Better bill is dead!

This sucks, but it’s the best we’re going to get, so please pass it now!

That’s just a small sample of the whiplash-inducing reactions to last week’s news surrounding the revival of a climate bill Congress has been wrangling over for the last 18 months. On July 27, just two weeks after Sen. Joe Manchin, the conservative West Virginia Democrat, pulled the plug on the Build Back Better bill, he brought it back to life! Well, sort of: He announced his support for the Inflation Reduction Act of 2022, which — if it passes the Senate and the House intact — would invest $369 billion toward clean energy and climate programs, but also make concessions to the fossil fuel industry.

The news sent #ClimateTwitter into a flurry of sharply contrasting takes. Leah Stokes, an environmental politics professor at the University of California, Santa Barbara, tweeted a thread lauding the “largest climate investment in American history,” which would lower energy bills, decarbonize the power grid and reduce planet-warming emissions 40% by 2030. “This is a game changer,” she wrote.

“This is a climate suicide pact,” Brett Hartl, with the Center for Biological Diversity, countered in a statement, pointing to a provision requiring the Interior Department to offer 2 million acres of land for oil and gas leasing before doing the same for renewable energy development. “This deal is unacceptable.”

It makes you wonder: Are these folks reading the same bill?

They are, but through very different lenses. To oversimplify, perhaps, it’s the just-keep-it-in-the-grounders vs. those who want make fossil fuel-burning obsolete with the help of electric cars and renewable energy — with plenty of folks sitting somewhere in-between.

The current climate — er, inflation? — bill was born in February 2019, when Rep. Alexandria Ocasio-Cortez, D-N.Y., and Sen. Edward Markey, D-Mass., introduced Green New Deal resolutions in their respective chambers of Congress. These weren’t bills, per se, but sweeping measures aimed at creating a framework for phasing out fossil fuels and cutting greenhouse gas emissions while also tackling wage stagnation, environmental injustice and economic inequality. But with Republicans controlling the Senate and the White House, the measures went nowhere.

When President Joe Biden took office, he brought along the Build Back Better plan, based on the Green New Deal, and tasked the Democrat-controlled Congress with making it happen. Eventually, the plan was split into two bills: an infrastructure bill that included piles of cash for oil and gas well and mine cleanups and ecosystem restoration, and the Build Back Better bill, which offered billions of dollars for clean energy, a just transition for fossil fuel-dependent communities, affordable housing, and a chance to reform the federal oil and gas leasing program. The latter bill would have paid for those initiatives by raising taxes on the wealthy and closing corporate tax loopholes.

The infrastructure bill sailed through Congress, passing last November. But the Build Back Better Bill stalled when both Manchin — who has made millions off his family’s coal business — and Sen. Kyrsten Sinema, D-Ariz., withdrew their support.

Senate Democrats continued to woo Manchin. The Biden administration, meanwhile, dangled pending oil and gas projects as bargaining chips, holding off on denying or approving them until Manchin played his cards. And on July 15, he folded, withdrawing his support for the bill. When Manchin withdrew his support, Biden hinted that he’d declare a climate emergency, which could tighten restrictions on fossil fuel development. Meanwhile, Senate Majority Leader Chuck Schumer, with help from Colorado Sen. John Hickenlooper, a former petroleum geologist, hammered out a bill even Manchin could support — at least for now.

That the bill is historic is not up for debate. It includes:

A Rhodium Group analysis says that the bill “can cut U.S. net greenhouse gas emissions down to 31% to 44% below 2005 levels in 2030 compared to 24% to 35% under current policy.” For the most part, conservationists and climate hawks of all brands could get behind those provisions.

But on page 646 of the 725-page document, the bill, critics say, “holds wind and solar development hostage,” by requiring that the Interior Department hold an oil and gas lease sale before it can issue any solar or wind energy development leases. The department must offer either 2 million acres for oil and gas, or 50% of the acreage nominated by industry, whichever is less. It requires a similar arrangement for offshore wind and oil and gas development.

“It’s not a climate bill at all. It’s codifying fossil fuel extraction.”

Not quite. The provision codifies fossil fuel leasing, sure, but that’s not the same as extraction — far from it.

The provision requires only that the Interior Department offer 2 million acres up for lease. This certainly won’t lock in more extraction: Since 2009, the government has put an average of 4.4 million acres per year on the block. Yet only 1.3 million of those acres, on average, received bids. In many cases, companies lease parcels with no intention of drilling; they simply want to build up their reserves on paper to lure investors. Only about half the land currently under lease is actually producing.

By increasing the minimum bids, lease rents and fees, the bill will discourage this kind of lease stockpiling, which should mean fewer companies will bid on fewer acres.

The bill also doesn’t impede current checks on extraction. Once a company acquires a lease, it must apply for permits before development and extraction can proceed. The Interior Department has wide discretion to deny drilling permits or to attach restrictive stipulations to their approval. While Schumer and company promised Manchin they’d work on oil and gas permitting reform, too, it appears that their negotiations will be focused on pipelines and other large infrastructure, such as transmission lines, not on individual oil and gas wells.

Negotiators did sneak in a little gift to the coal industry with a provision that increases the amount of tax credits companies receive for capturing and sequestering carbon. On the one hand, this could incentivize emissions cuts at hard-to-decarbonize facilities like cement plants. On the other, it could boost efforts like one in New Mexico, where an upstart company wants to install carbon capture equipment on a retiring coal power plant to keep it operating — and burning coal and polluting — indefinitely.

But those are small emissions penalties compared to the huge cuts the bill offers, Stokes told Maddow last week. “We can’t miss the forest for the trees here,” she said, “because literally the forest will burn down if we do.”

Jonathan Thompson is a contributing editor at High Country News. He is the author of Sagebrush Empire: How a Remote Utah County Became the Battlefront of American Public Lands.