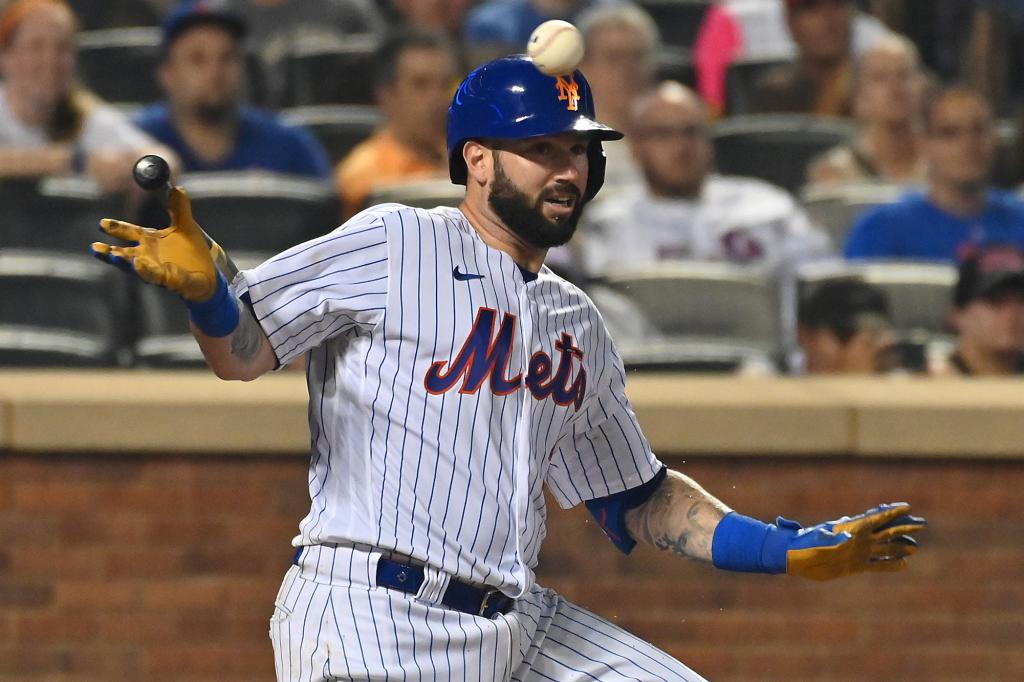 In the biggest moment Saturday night for the Mets, manager Buck Showalter said he felt comfortable with a banged-up Tomas Nido at the plate, even with All-Star Jeff McNeil sitting on the bench, unused.

With runners at the corners and two outs in the ninth inning and the Mets trailing the Padres by a run, Showalter stuck with Nido — the light-hitting catcher who had been pulled a night earlier with a hand contusion — rather than turning to McNeil, whom the manager said was available.

McNeil, whom Showalter made a point to rest after a chaotic few days traveling back and forth to the All-Star Game, watched from the dugout as Nido popped out to end the Mets’ 2-1 loss to the Padres at Citi Field.

“I thought Nido was in the flow of the game, got a hit for us last time, got some big hits in that situation,” Showalter said of the righty-hitting Nido, who went 1-for-3 to improve his average to .212.

A part of the equation appeared to be the opposing pitcher: The Padres had lefty closer Taylor Rogers on the mound. The lefty-hitting McNeil, though, has batted .286 this season against southpaws.

McNeil became a father last week, then flew to Los Angeles, where he took part in the All-Star Game. Because of the busy schedule and with San Diego throwing a good lefty in Blake Snell, Showalter said he and McNeil agreed on the night off.

On Friday, Nido was drilled with a pitch from Max Scherzer on a cross-up and forced out of the game. He was able to swing Saturday, though, and said he felt OK.

On the Mets’ first night with lefty-hitting Daniel Vogelbach in the dugout, it felt as if they were one righty bat short. They likely will bring in another hitter by the trade deadline, though Showalter is not publicly campaigning for one.

“We’ve got everything we need in my mind,” Showalter said. “I don’t deal in that realm. I like our club, I like our players, I like our people.”