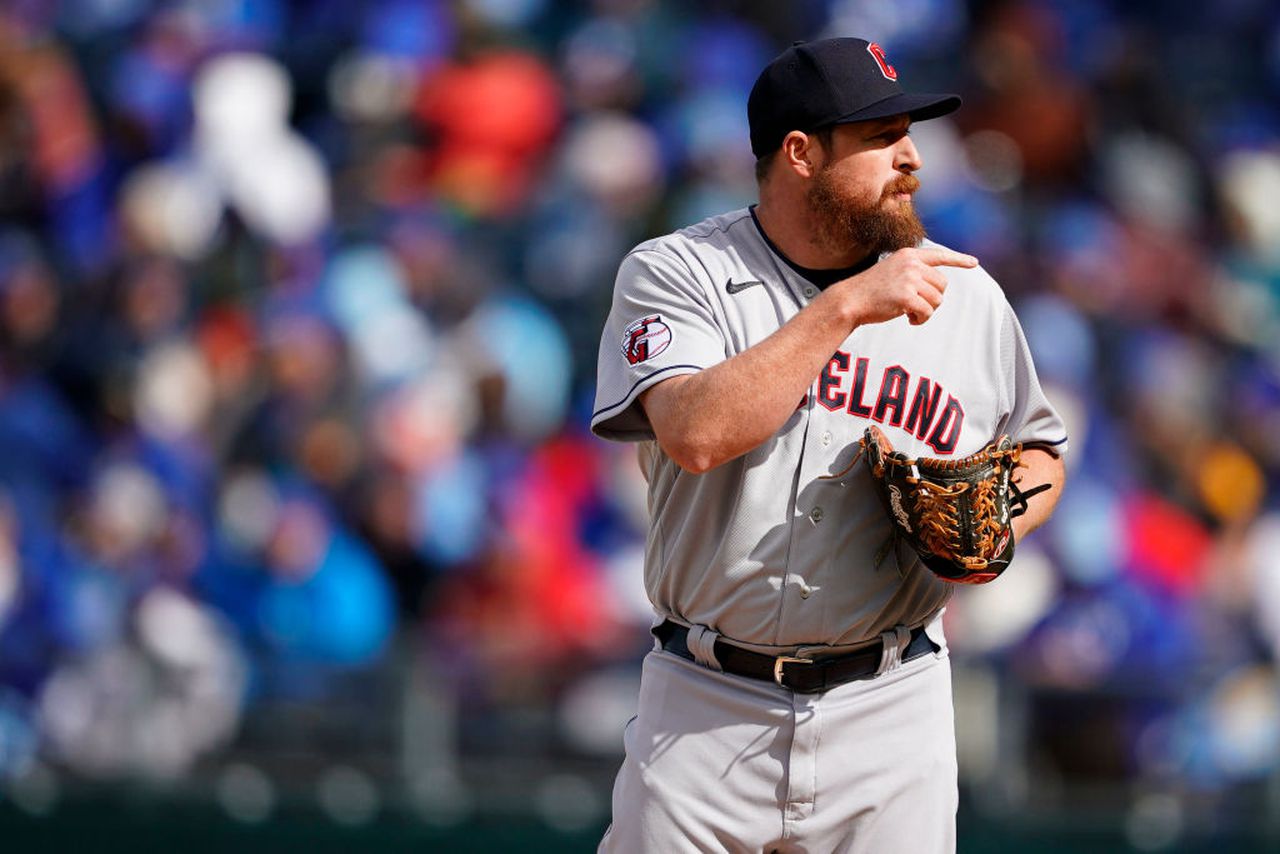 CLEVELAND, Ohio — The last time Bryan Shaw pitched more than one inning for the Guardians things did not go well.

Manager Terry Francona, however, is contemplating that possibility due to the absence of a starting pitcher for Tuesday night’s game against the Red Sox at Fenway Park. With Aaron Civale on the injured list until August with a sore right wrist, and no other healthy candidates on the 40-man roster, Francona said Monday afternoon that Shaw could be used as an “opener’ Tuesday night.

Shaw last pitched in the nightcap of Saturday’s doubleheader against the White Sox at Guaranteed Rate Field. He retired the White Sox in order in the seventh after the Guardians scored four runs in the top of the inning to take a 4-3 lead.

Francona had some fresh arms in the pen, but he stuck with Shaw for the eighth. Shaw opened the inning with a strikeout, but Andrew Vaughn doubled. Shaw walked Jose Abreu, retired Adam Engle on a fly ball to left field, but walked Yasmani Grandal to load the bases. Nick Sandlin relieved and gave up the game-winning hit, a two-run single off Ernie Clement’s glove, to A.J. Pollock.

“If we stay away from Shaw tonight (Monday), we’ll use him as an opener on Tuesday,” Francona told reporters at Fenway Park.

Francona added that there will probably be another roster move made before Tuesday’s game. The G’s are expected to add another pitcher. Lefty Kirk McCarty, who has been on the designated for assignment merry-go-round, is a candidate. He was recently DFA’d by the Orioles and reclaimed by the Guardians.

Shaw is the Guardians’ franchise leader in relief appearances. He has never made a start in his big-league career. He did make 32 starts in the minors.

Rain was in the forecast Monday in Boston, which didn’t sit well with Francona.

He wanted to get rookie Nolan Jones some early work in Fenway Park’s treacherous right field. Francona said it’s the most difficult right field to play in the big leagues.

“There’s nothing like the game here,” said Francona, who managed the Red Sox from 2004 through 2011. “Things happen that you don’t see anywhere else.”

Asked what makes right field so difficult, Francona said, “There are about 19 things. The right field wall is about this high and it’s concrete. Then there’s (Johnny) Pesky’s Pole, then it goes deep. And the sun is really bad during the day. . .Other than that it’s good.”

The right field wall is five feet tall in front of the bullpen area and three to five feet high the rest of the way.

Jones, a converted third baseman, is still learning how to play the outfield.

Outfielder Oscar Gonzalez arrived in Cleveland on Sunday night from Goodyears, Ariz., where he was rehabbing a rib injury. He will report to Class AA Akron where he will play rehab games on Tuesday and Wednesday.

Civale is playing playing catch, but isn’t throwing off the mound.

* The Guardians haven’t met a pitch that they aren’t likely to hit this season. Headed into Monday night’s game against the Reed Sox, they led the big leagues with a 80.9% contact rate. Rookie leadoff hitter Steven Kwan ranks second in the big leagues to Minnesota’s Luis Arraez at 91%. Jose Ramirez is fourth at 87.7% and Myles Straw fifth at 87.4%.

* The G’s contact rate corresponds with them having the lowest strikeout rate in the big leagues. They’ve struck out in just 18.5% of their plate appearances. Kwan at 8.6% and Ramirez at 9.8% are among the MLB leaders in that category.

* Shortstop Amed Rosario took an 11-game hitting streak into Monday night’s game. He had a 12-game streak from June 5 through June 18. He’s hitting .444 (20-for-45) with six doubles, one triple and eight RBI in his current streak.

Rosario is hitting .345 (71-for-206) since May 30. It is the third highest batting average in the big leagues over that stretch.

* The Red Sox entered Monday’s game having lost nine of their last 10 games. They were swept by Toronto over the weekend, getting outscored, 40-9.

Guardians merchandise for sale: Here’s where you can order new Cleveland Guardians gear, including T-shirts, hats, jerseys, hoodies, and much more.

Guardians jump into season’s second act with both feet

How will G’s solve outfield and DH? Hey, Hoynsie!

Francona’s return in 2023 depends on health, well being

Trading Cy Young winners? What about first base? Hey, Terry