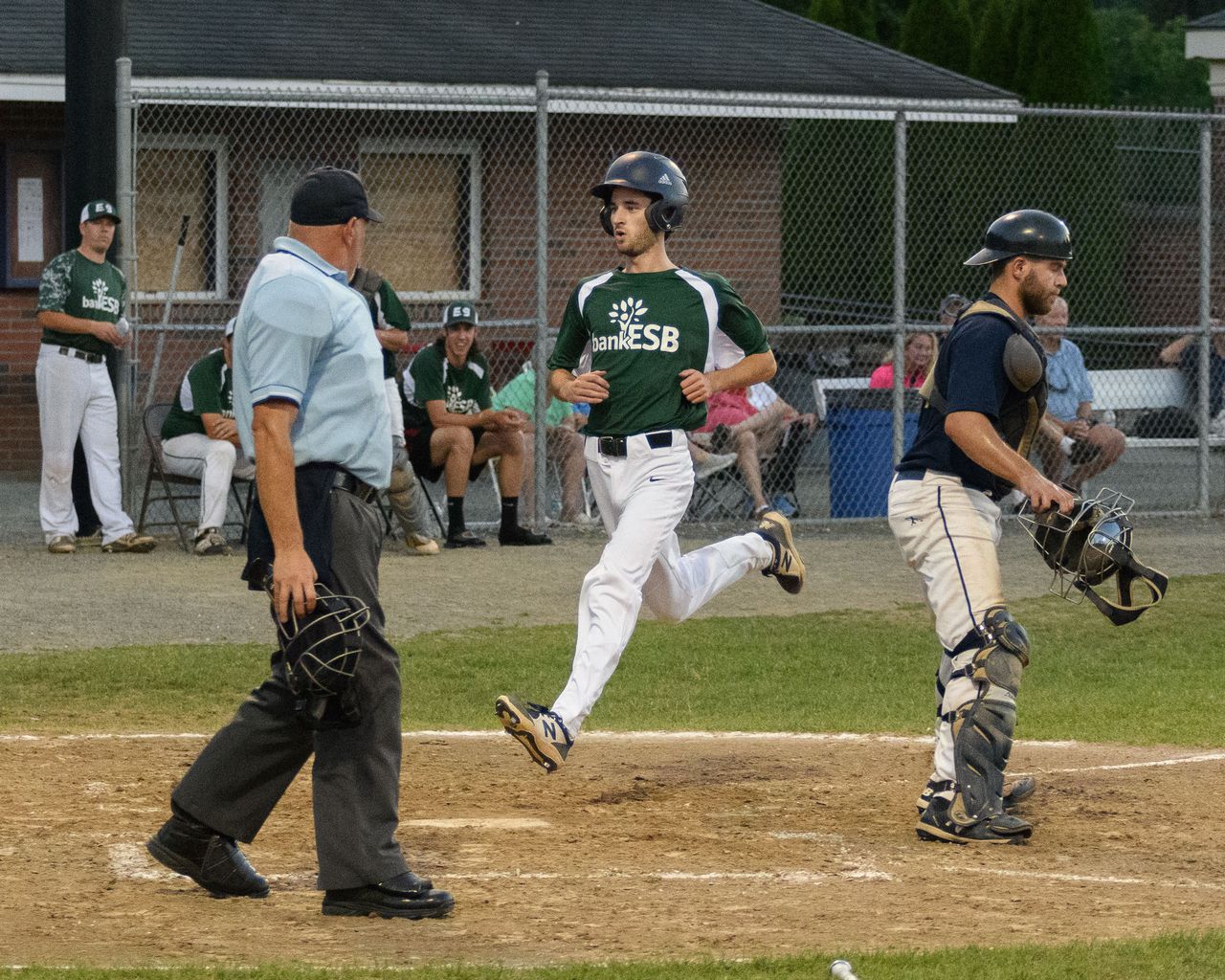 WESTFIELD – The interest level continues to grow when it comes to the ultimate payoff at bankESB, and for good reason.

Westfield went right to work from the outset.

Andrew Florek and Zack Kelley both drew a one out walk in the bottom of the first. Josh Nohilly drove both baserunners in on a single with two strikes in the count to give bankESB the early lead.

The game was close throughout until the fifth inning when bankESB opened the floodgates, batting around the order to open the game up and effectively close out the three game series.

The right hander for bankESB finished the game with only allowing one baserunner to reach third base.

“I think we came out well,” said Andrew Florek, a Westfield High grad, who talked the team’s defense and support of his pitcher. “Gilly was throwing great on the mound.”

“We had a lot of great plays in the field,” Florek said. “A few good plays by Zack at third, a lot balls to Nate at second base, and Jack did great at short.”

bankESB will now square off against defending Tri-County Baseball League champion Peoples Bank in the best-of-3 finals. bankESB will host Peoples Bank Wednesday night at Bullens Field Field at 7:30 p.m. The series will shift to Mackenzie Stadium in Holyoke Thursday. Game 3 is TBD.