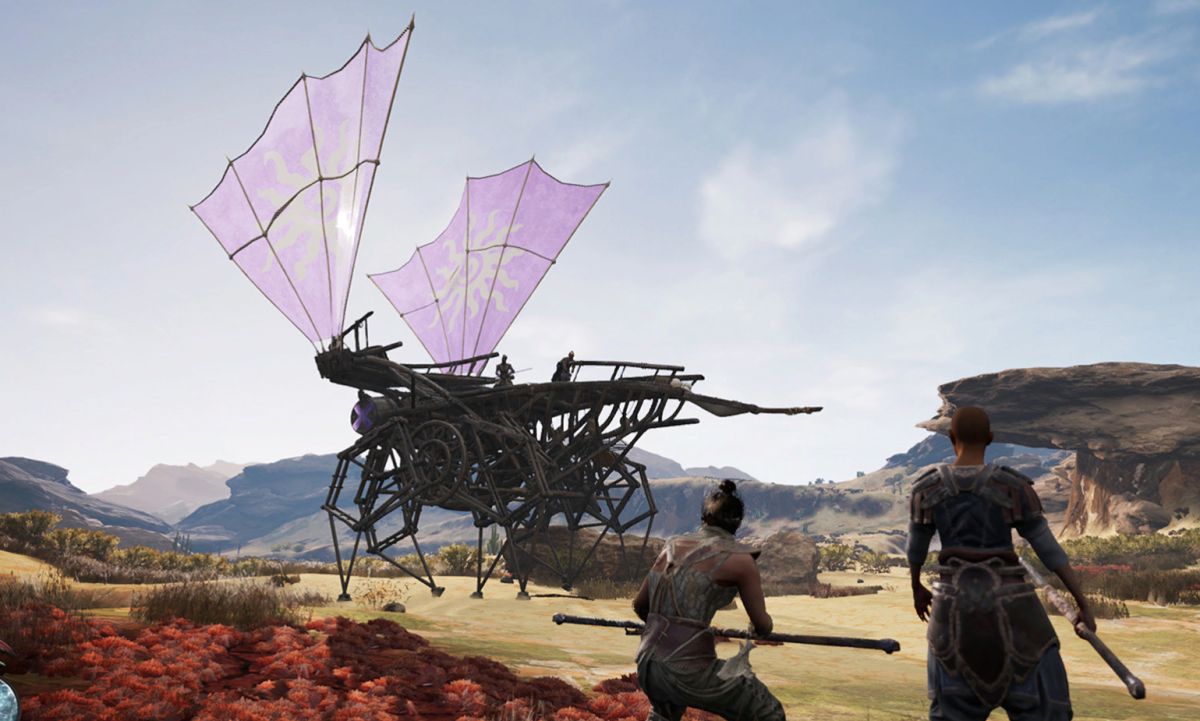 If you visit the Steam page for early access survival MMO Last Oasis, you’ll find an article bluntly titled “Last Oasis Sucks.” It’s not a post on the discussion page written by a disgruntled player and it’s not an opinion piece from a gaming media outlet pulled in by Steam’s news aggregator.

It was written by Last Oasis’ developer.

You may recall Last Oasis, a nomadic survival MMO where players construct and travel in land-crawling fortresses called walkers. It entered early access back in March of 2020, promptly experienced some major server problems, and three days later went offline and offered refunds. Last Oasis eventually resurfaced, and lots of changes have been made over the years, but concurrent player counts have wavered between a few thousand and a few hundred since, and its Steam reviews have remained firmly “Mixed.”

But players weren’t the only ones struggling to enjoy the MMO. Its developer was too.

“When I say it sucks, I mean I’m not having fun for long when playing it. Not as long as other survival games I enjoy,” wrote developer chadz on July 5.

“We could argue back and forth why Last Oasis is objectively not fun and what needs to be changed to make it a great experience,” chadz wrote. “We did, actually–for 4 Seasons, to be precise. And while each season got rid of tons of problems, there was always that one fundamental issue remaining: I, personally, am not having fun when playing Last Oasis for long.”

It’s a pretty refreshing, honest statement for a developer to make. Plenty of developers admit when their game has problems, promise to address negative player feedback, and outline plans to change and improve features, but rarely do you hear developers speak frankly about their own experiences while playing their own game. Especially when their experiences are negative.

And it sounds like a lot has changed. In this update the focus of Last Oasis has shifted from PvP to almost entirely PvE. Prior to this update, according to chadz: “The difficulty in Last Oasis used to be non-existent–until you encountered another player, who could destroy everything you owned in under 3 minutes.” In the update, players can choose whether or not they want to engage in PvP by entering specific zones or avoid it altogether if they’d prefer to stick to PvE.

The PvE, meanwhile, has gotten much more difficult. “The world is in every way trying to actively kill you. The sun will make you constantly struggle for survival. Water is precious. Massive, deadly sandstorms can catch you off guard.” Meanwhile, aggressive enemy creatures called Rupu are roaming the world and launching attacks on the players, their structures, and walkers. While the main threat used to be other players, now it’s the world itself.

And speaking of walkers, they’ve had a major change in the update as well. In fact, the nomadic nature of Lost Oasis has been essentially erased, which is pretty wild considering it was a major selling point of the game. Originally your walker was your base, a big roaming fort filled with your stuff that you took with you everywhere. And when it was destroyed, typically in PvP, you lost everything.

Now, like most other survival games, players will build static bases and use walkers for excursions, exploration, and combat. PvP raids aren’t enabled so players currently don’t need to worry about other players destroying their bases and taking their stuff. And while walkers aren’t as durable as they used to be, it’s easier to build a new walker if one is destroyed, especially since most of your belongings are safely stored back at your base.

Realistically, chadz admits this change of focus won’t sit well with everyone, especially for those who preferred the PvP focus and enjoyed the idea of putting everything on the line in every combat encounter. Finding the right degree of challenge will be an ongoing process and will take player feedback into consideration. “There’s fun difficulty, there’s challenging difficulty, and there’s ridiculous ragequit difficulty.”

I haven’t played Last Oasis myself, especially since I consider other players quickly destroying my entire base to be ragequit-level difficulty, but these new changes sound more appealing to me. I definitely prefer harsh PvE to harsh PvP, so maybe I’ll finally jump in and check it out. As for how the major update sits with Last Oasis’ existing community, it just arrived today after some time on test servers, so we’ll have to wait and see.