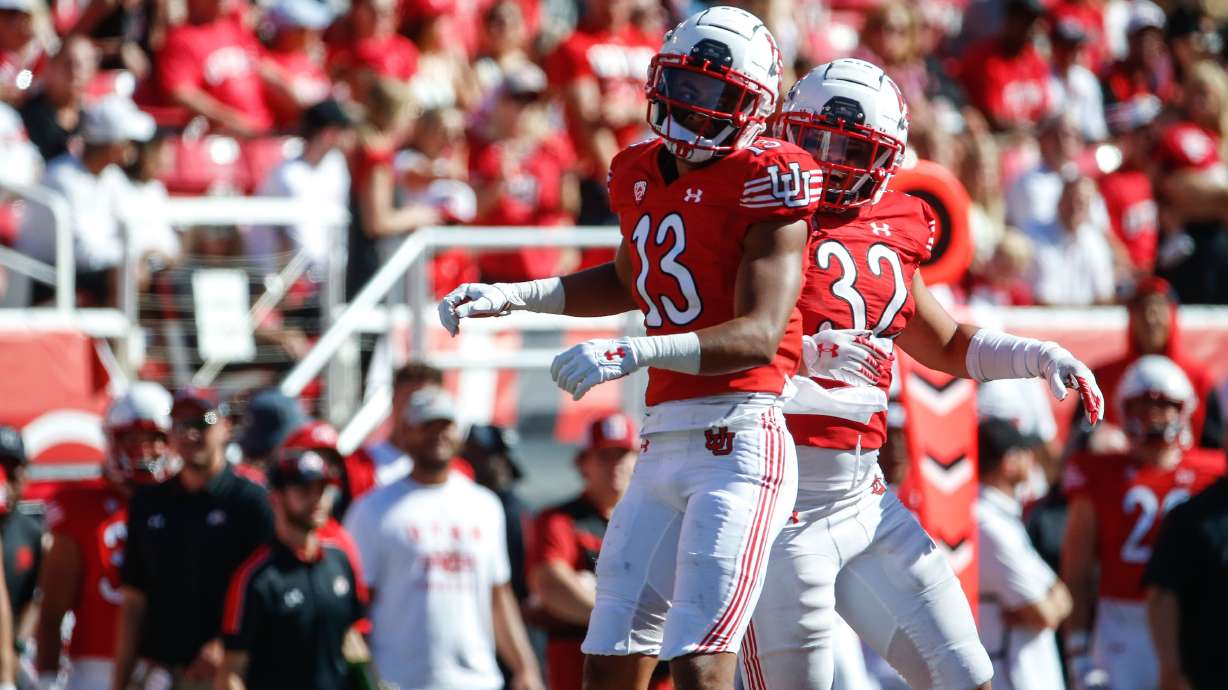 SALT LAKE CITY — Coming off its first Pac-12 championship and a Rose Bowl appearance at the conclusion of the 2021 season, Utah has lofty expectations for its 2022 season — the program is viewed as a potential College Football Playoff contender.

Quarterback Cameron Rising is healthy and ready to lead an offense that returns a majority of its starting unit. The defense has to retool its linebacker unit, but with the transfer portal and incoming talent, it appears Utah has another defense worthy to take the program wherever it needs to go.

The front half of Utah’s 2022 schedule is very friendly — outside its Week 1 matchup in SEC country against the Gators. The Utes could be 6-0 by the midpoint in the season, or chaos may unfold and a playoff (and repeat Pac-12 championship) is out the window.

The last time Utah opened up its season against a Power Five opponent was in 2015 when the Utes welcomed Jim Harbaugh and Michigan to Rice-Eccles Stadium. The atmosphere was electric and an exciting way to start the season — they got a win no less. But usually Utah eases into its nonconference slate before facing its top opponent.

Utah is expected to be a top-10 team coming into The Swamp against a projected top-25 Florida that features a new head coach ready to make an impression in the SEC. It’ll be a primetime game in the heart of SEC country, and the stakes are incredibly high for the Utes. Win and it’ll go a long way to adding credence to Utah’s playoff chances.

The game will feature two top-10 quarterbacks in Florida’s Anthony Richardson and Utah’s Cameron Rising, and both will be instrumental in leading their team to victory. ESPN’s Football Power Index gives the Gators a slight edge in this game (52.1%), but due to experience alone and Utah returning a majority of its starting roster, I’m giving the Utes the slight edge.

New head coach or not, this will be a trying test for the Utes, so mistakes have to be limited as much as possible. This is a toss-up game. Regardless of the outcome here, it’s a great way to start the season for both programs — assuming both programs show up.

Time for some season predictions: What will Utah’s record be after the first half of the schedule?

No reason to get too worked up about a pay game for the Thunderbirds, who transitioned from the Big Sky to the WAC this season. On the bright side for fans, it’s the first time to see the team in person at Rice-Eccles Stadium this season — and it’s an early kickoff, so there’s plenty to do after the game. The bad news, it’s a midday game in the middle of September — bring the sunscreen!

But if you can survive the humidity of Florida, the dry heat will be a welcomed addition (until you’re sunburned)

Is this a future conference opponent again? Only time will tell. Regardless of the future landscape of conference realignment, this should be seen as a revenge game. It’s the game last year that slipped away from Utah in three overtime periods. But hey, Rising came away as the starter, so there was good that came from a loss in Carson, California, right?

The Aztecs should continue to be a tough opponent under Brady Hoke. His return to San Diego State has done wonders for the program, but Utah won’t let this one slip away this time. Sure, the Aztecs are more than capable of getting another win over the Utes, but if Utah is to be considered a viable contender for the playoff or a conference championship, it must put San Diego State in its place.

San Diego State returns seven starters on the defensive side of the ball and will certainly limit Utah’s chances to score, but losing 1,000-yard rusher Greg Bell hurts. The Aztecs are good, but Utah will be better.

Herm Edwards is still coaching the Sun Devils, which is good for the Utes. Add to that the multitude of offseason troubles for Arizona State — mostly self-inflicted — and it’s easy to believe this is an easy win for the Utes. There’s incredible turmoil inside the program, no consistency and key players have transferred out at a high rate.

On paper, this should be a win for the Utes — FPI gives Utah a 67.7% chance to win — but don’t discount chaos in Tempe. Anyone that’s paid attention to this series knows this is never a guarantee. Still, Utah has to be missing some key players or significantly struggle for this to go in the Sun Devils’ favor, in my opinion.

Would I be surprised if Arizona State won? No. But sitting here in July, this feels like a Utah win. I’m not sure Arizona State finishes above in-state rival Arizona this year, but we’ll see.

Hello spoiler. The Beavers nearly derailed Utah’s season last year in Corvallis with a win over the Utes. Poor tackling and special teams issues (hello blocked punts) were key to Utah losing, but that’s also taking credit away from a good Oregon State team that continues to improve each season under Jonathan Smith.

The Beavers are no slouch and will be a tough opponent coming off a game at home against USC the week prior. The defense returns nine starters and are improved in nearly every facet of the game. That’s not to say Oregon State is unbeatable, but this isn’t a game Utah can sleep walk and expect to get a win.

Assuming everything is going well to this point of the season, Utah should be rolling and there should be a clear understanding of what Utah has to offer this season. This is the first Pac-12 game at home and the fans will want to make sure the Beavers leave with a loss.

This has potential to be another spoiler, but Utah wins this.

Welcome back to the Rose Bowl (at least in name only). Utah has saved some of its best performances for road games against UCLA — Joe Williams resurrected his career there. And with UCLA joining the Big Ten in 2024, there’s motivation to have another stellar performance at the Rose Bowl.

UCLA returns a proven starter at quarterback in Dorian Thompson-Robinson, but he’s one Utah has found a way to thwart over the years. Outside of Oregon, USC and Utah, the Bruins appear to be the next-best program in the Pac-12. Chip Kelly continues to build the program in Pasadena, but it lacks the same feel that he had when he coached at Oregon.

The Bruins return only eight starters on both sides of the ball — two on defense — and will be replacing both coordinators. Week 6 is plenty of time to see how the new players and coaches have acclimated to the program, and UCLA could very well be 5-0 entering this game based on its easy schedule to this point. Could this be a game of undefeated teams?

Barring a significant change in the Bruins’ product on the field last season, this should be a victory for the Utes. UCLA can and will offer Utah a great test midway through the season. With neither teams having a bye week up until this point, injuries or fatigue could also play into this game. FPI gives Utah a 58.1% chance to win.

By now the hype is at an all-time high for the Utes, but the remaining six games — including its two toughest conference games — will go a long way into determining whether Utah has what it takes to be a true contender. Check back later this week for part two of my game-by-game predictions.

Josh is the Sports Director for KSL.com and beat writer of University of Utah athletics — primarily football, men’s basketball and gymnastics. He is also an Associated Press Top 25 voter for college football.